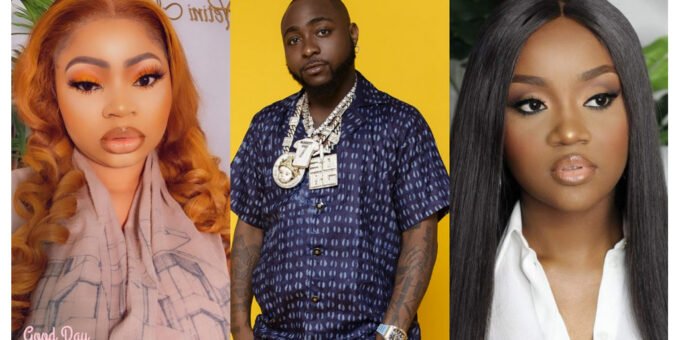 Roman Goddess, the Lagos socialite who is mostly known for her enormous c uurves especially her bust, recently joined those reacting to the drama between Davido and his baby mama, Chioma.

Davido was spotted hanging out with a lady many have alleged to be his new girlfriend, Mya Yafai. She also happens to be the ex-girlfriend of American rapper, Young Ma.

The videos of Davido with Mya went viral on social media and people started to share their hot takes on it with a large number of them either seeking justice for Chioma or mocking her.

According to her, Ladies should stop having babies for men until they marry them.

Read some comments below: