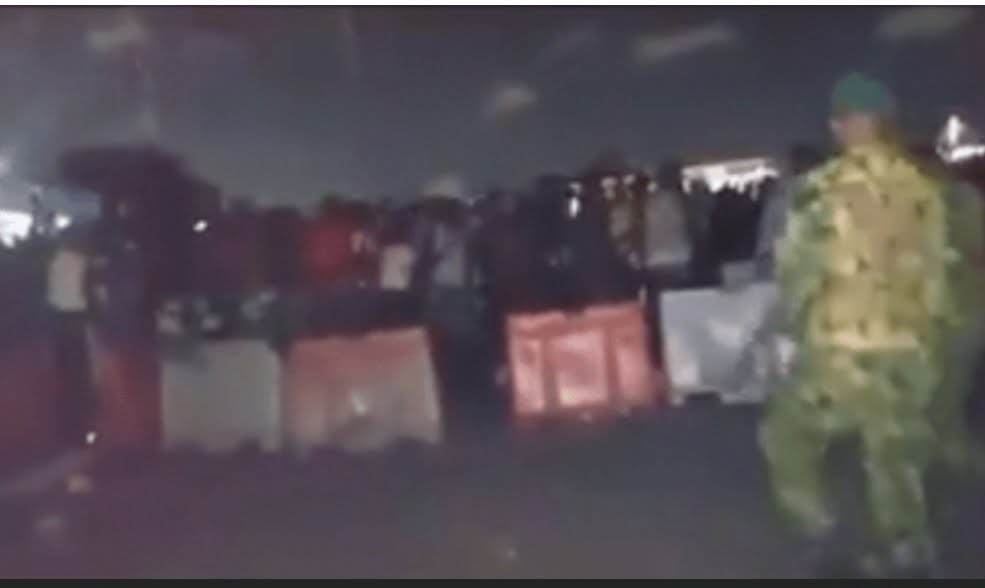 The Lagos State Panel on Restitution for Victims of SARS-Related Abuses and Other Matters handed a 309-page paper to Lagos State Governor Babajide Sanwo-Olu on Monday, confirming that a massacre occurred at Lekki Tollgate on October 20, 2020.

The panel said demonstrators were slain by Nigerian military at the tollgate in what may be termed as a “massacre” in a report handed to the governor at the state house in Alausa, Ikeja, Lagos.

Officers of the Nigerian Army shot, injured, and killed unarmed helpless and defenseless protesters at the Lekki Toll Gate, without provocation or justification, while they were waving the Nigerian Flag and singing the National Anthem, and the manner of assault and killing could be described as a massacre in context,” according to the report.

“The Panel further found that the Nigerian Army’s actions were worsened by its unwillingness to allow ambulances to provide medical help to victims who needed it.” It was also discovered that the Army did not follow its own Rules of Engagement.

MORE:  ‘We All Have Mothers’– Tiwa Savage Reacts After Beyonce’s Mum Slammed Her

The Panel discovered that the Nigerian Police Force dispatched officers to the Lekki Toll Gate on the night of October 20, 2020, and that between that night and the morning of October 21, 2020, its officers shot, assaulted, and battered unarmed demonstrators, resulting in injuries and deaths.”

SaharaReporters exclusively discovered a few days after the shooting at the tollgate that at least 20 bodies of victims slain by Nigerian Army personnel were surreptitiously taken to the Infectious Disease Hospital (IDH) mortuary in Yaba.

The victims of the Lekki tollgate massacre were reportedly brought to the IDH mortuary after undergoing postmortem tests at the Department of Pathology and Forensic Medicine, Lagos State University Teaching Hospital, Ikeja, according to various sources.

Soldiers opened fire on protestors gathered at the Lekki tollgate to protest police brutality on October 20, 2020, according to SaharaReporters.

The tragedy sparked indignation around the world, with demands for justice coming from all corners.

Some officials were said to have removed the closed-circuit television cameras in the vicinity before the gunfire occurred.

To prevent activists from photographing the incident, the electricity at the demonstration site was also turned off.

Heavy-armed Nigerian Army men arrived on the site minutes later to finish the plot. Dozens of demonstrators had been dead by the time the boom of their firearms faded down.

In the struggle for a better Nigeria, we include you – Tacha urges police in the wake of END SARS

“Buhari Must Go” Protesters Storm The Streets Of Abuja