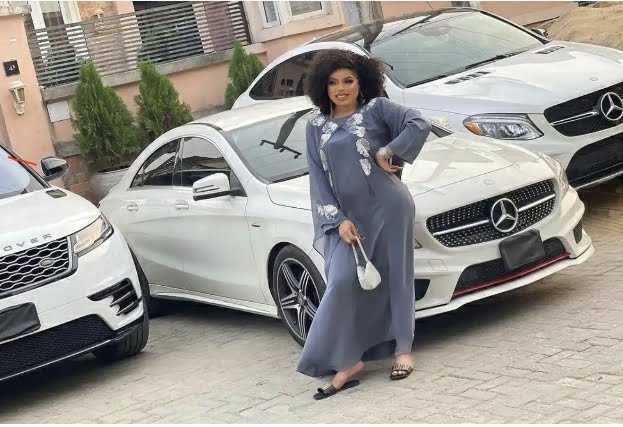 Nigerian crossdresser, Idris Okuneye who is known as Bobrisky has taken to social media to showcase his fleet of cars.

The controversial personality made this known in a recent post he made on his verified social media handle on the popular social media platform, Instagram.

Sharing a photo of his fleet of cars, the crossdresser wrote;

“Let me show off small , is been long
Which one should I drive out bayi ?
Love d range more thou !!!”

In other news, Bobrisky has quizzed those who have been hating on him and other rich people why they don’t hate poor who are not known yet but they hate on rich people who already have their money.

Bobrisky posted asking why don’t people who hate on him and other rich people on the net why they don’t hate poor people who are not known yet but hate those who already have money and are known asking why they do that.

According to Bobrisky, those hating on rich people and not poor only does so because of jealousy asking them to just accept that they are jealous but she seems to forget that riches attracts a lot of attention and that is basically why all eyes are on those who are rich and known.