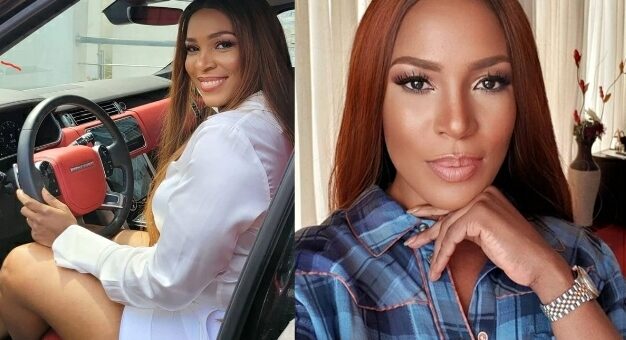 Celebrity blogger Linda Ikeji has savagely replied to some dumb fans of her who asked whether she’s a virgin and how wealthy she is.

Linda Ikeji trying to satisfy the curiosity of her fans went savage on those who dive into her personal life asking whether she’s a virgin when they know perfectly well that she has a son and how wealthy she thinks she is.

Linda Ikeji answered correctly to those who asked her sensible and relevant questions but then went savage on those who decided to ask her dumb questions when the answers were obviously trying to dive into her personal life.

TRENDING NOW>>  Lee Su Jin: will you ever believe this lady is 51 years old?

Someone gathered the courage to ask when whether she’s a virgin and Linda Ikeji replied saying yes and savagely added that her son Jayce fell from heaven into her laps adding that he’s his 7th child when another asked whether he’s his only child.

Those who were curious about how wealthy she was asked her whether she thinks she’s wealthy and how much she has in her account and Linda Ikeji as usual went savage saying she’s sure she has more money than the person asking that question.

It’s no fault of Linda Ikeji replying savagely to these dumb questions as all that they asked is known to the general public that Jayce is her only child and she isn’t a virgin and as for her wealth, it’s no news that she’s rich.

TRENDING NOW>>  Reactions as Nigerian man employs son in his company, to work as a security man