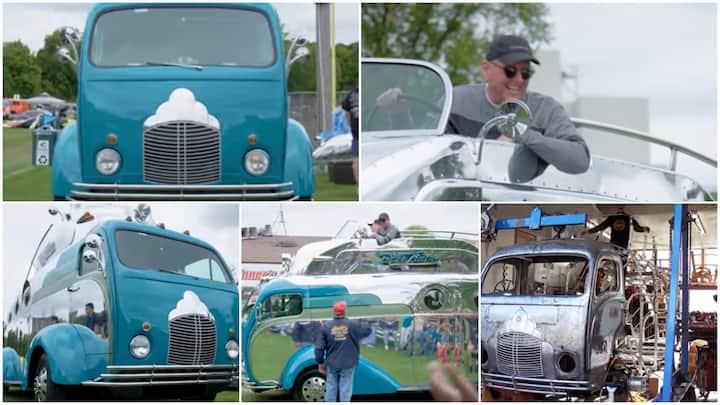 The video of a man, Randy Grubb, who developed a vehicle-house that can travel anywhere like a normal automobile has gone viral on Facebook. It was christened Decoliner by him.

Grubb told Ridiculous Rides that he spent 6,000 hours over a period of 18 months developing the vehicle. The vehicle’s ability to be driven from the roof is what sets it apart.

In other words, this is more than simply a car; it’s a mobile palace. The man said he and his wife had already used it on cruises and had a great time.

How to drive from the rooftop

The owner simply removes the steering wheel, attaches a homemade rod to it, and then climbs to the roof to begin driving.

Grubb stated that driving it on the road was a significant difficulty because so many people wanted to talk to him and appreciate it even though he was running late.

Tonto Dikeh Is Not Human by Birth: Preacher Warns Men to Stay Away From Actress in Viral Video, Fans React

Reactions to ‘Justice for Uche’s Madness’ Uche Maduagwu creates a scene at the market while demanding justice for Sylvester Oromoni in his role as...