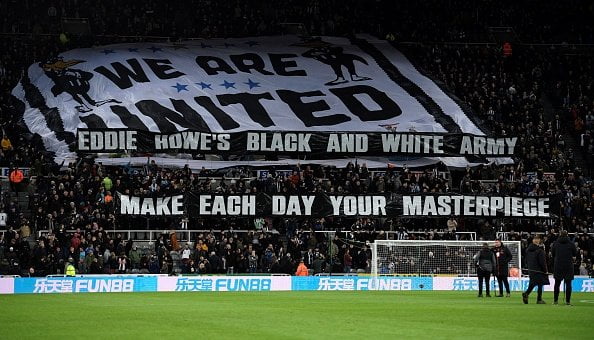 Joe Rodon, a defender for Tottenham Hotspur, is a possible target for Newcastle United in the January transfer window.

Newcastle are interested in signing Tottenham defender Rodon in January, according to the Daily Mail.

Rodon could be an option for Eddie Howe in January when looking for central defensive reinforcements.

Swansea City signed Rodon in October 2020, but he’s yet to appear in a single game for Spurs in the league.

Rodon may consider leaving Tottenham in the coming month if he finds it difficult to play in the first team under Antonio Conte.

Newcastle fans have seen the rumours surrounding Rodon and have been reacting on Twitter.

Some are encouraged, believing that Rodon would be a ‘great signing’ for Newcastle.

Others think Rodon is ‘decent’ and would be a ‘very clever’ addition at St James’ Park.

There are though a few fans who think that Rodon would be a surprise signing and something out of the Mike Ashley era, believing he isn’t quite good enough.

Targets from @CraigHope_DM article are interesting and Kelly, Ginter and Botman would make sense.
And Rodon wouldn’t be worst player to get in on loan if you can get say Botman.
Elneny would be like Colback, Anita and Hendrick with high workrate and high pass% for nothing.#NUFC— I’m not Antoine Griezmann (@sazzerinho2) December 8, 2021

I think Ginter and Botman would improve us. Not massively keen on Kelly and Rodon but given how awful st defending we are right now, I think they’d still improve us— Peter Frame (@PeterFrame_) December 8, 2021

Can’t help but feel a bit disappointed this morning with Elneny Joe Rodon and Kelly being linked by @CraigHope_DM … seem like Ashley signings. Ginter and Botman would be class mind.#NUFC #TransferRumour