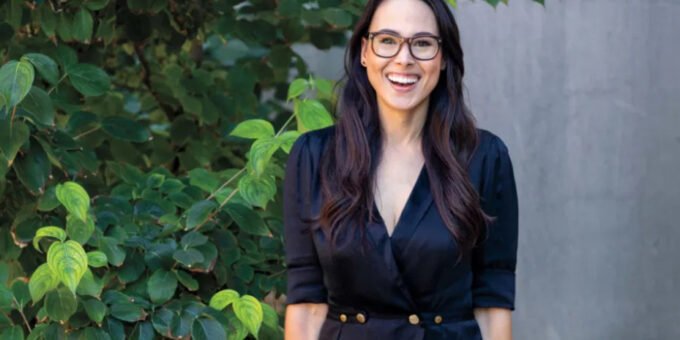 Meenakshi Harris, who is popularly called Meena Harris, is an American lawyer, author.

Meenakshi Ashley Harris who is the daughter of an American Attorney Maya Harris and niece to the current vice president of the U.S.A was born on October 20, 1984.

She graduated from Bishop O’Dowd High School before furthering to Stanford University in 2006 Harvard Law School in 2012 for her degrees.

Meenakshi Harris is the founder of the Phenomenal Woman Action Campaign, a group tasked to create awareness on pertinent social issues including education and healthcare.

She has authored two books;  Kamala and Maya’s Big Idea and Ambitious Girl.

Harris is currently married to Nikolas Ajagu who is also a lawyer. The couple has two daughters; Amara and Leela.

Who is Meena Harris biological father?

Meena Harris’s mother became pregnant at age 17 while in high school, a part of her life that she kept private.

On October 20, which also happens to be her older sister Kamala Harris’ birthday, she gave birth to her daughter, Meena

Maya Harris has never revealed the identity of the man responsible for her high school pregnancy as she always says that she has been single parenting until she met her current husband, Tony West when her daughter was four years old.