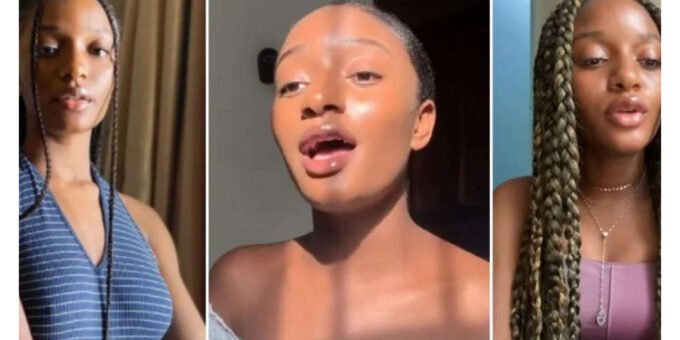 Mavin records have just announced the signing of female singer, Ayra Starr, and fans are excited to know more about the protégé.

She’s 18 years old born in the southwestern part of Nigeria. The talented female songstress hit the spotlight after being announced as Mavin Record new artist.

The producer broke down his reasons for signing the 18 years old talent, Ayra Starr with an introductory video.

According to him, he met the singer last year, and described her as not not just an amazing artist, but also an all round superstar. He wrote;

“Last year I met the most incredible 18 year old girl, her name is @AyraStarr. Through her lyrics guided by her soulful voice, I am able to see the world from a teenager’s point of view.

Ayra is not just an amazing artist, she is an all round superstar. It’s been a fantastic experience working behind the scene for over a year and we at Mavin Global are super proud to present to the world today #AyraStarr.”

On her part, Ayra Starr said she is honoured to be a part of Mavin, as she expressed excitement on the journey that lies ahead.

”I am very honored to be part of the Mavin family and excited to go on this journey. Thank you to everyone who has been in my corner from day one . LETS GO!”

This would be MAVIN Records first major signee in two years. The last artist to be unveiled by the label was Crayon. As they did with Rema and Crayon, Ayra Starr has also released her debut EP shortly after getting unveiled.