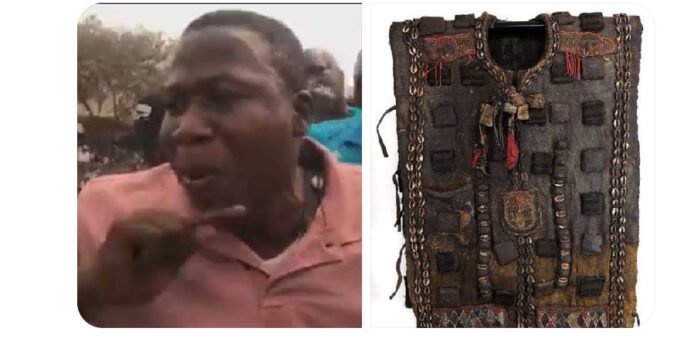 Meet Sunday Adeyemo, popularly called Sunday Igboho, because he is from Igboho town. Igboho, is about 405m -445m above sea level, home to several shrines.The town depends on the Dam in Akitipa for its water supply. Igboho, is a large town in Oyo state. In an interview with AIT, he said that, he came out to defend and protect his people from criminal Fulani herdsmen and kidnappers.Below are some of his pictures with vigilante groups defending his people.

According to Sunday Igboho, he said that, his concern is the freedom of Yoruba race from Fulani or any type of domination in their space. He has hearken to the clarion call and played his own part and stand the gap to protect his own people.He also established a Non-Governmental Organisation, called Sunday Adeyemo Igboho foundation (SAIF), is a Non-Governmental Organisation, centered on assisting the less privileged and the needs of the masses. This is the picture of the logo his foundation for the less privilege.