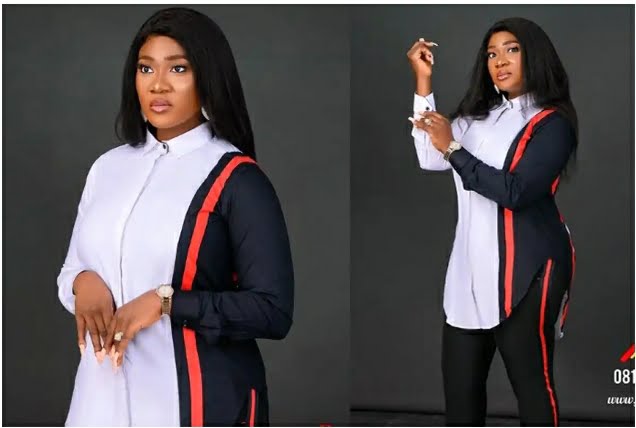 Mercy Johnson, an actress, has revealed the two types of people who make marriages last, and she and her husband fit in perfectly, indicating that their union will last.

Mercy Johnson explained in one of her Tik Tok videos with her spouse that long-lasting marriages are a combination of two people, one who is dull and the other who is insane.

Mercy Johnson then said that her husband is the boring one in her marriage while she is the wacky one, implying that their marriage will last based on what is spoken in the video.

Mercy Johnson is known for being the wild one in her marriage, but it appears that her husband refuses to accept the reality that he’s dull, forgetting that he’ll always be boring with his wife because she’s another world on her own.

Some people believe that when one person in a relationship is peaceful, the other must be insane, because two calm or crazy individuals can never make a relationship work, and Mercy Johnson and her husband proved this to us in this video.

That isn’t to say that partnerships that don’t endure are made up of two calm or crazy people; sometimes, no matter how much you love each other or if one is crazy and the other is boring or not, circumstances or nature don’t allow you to be together.