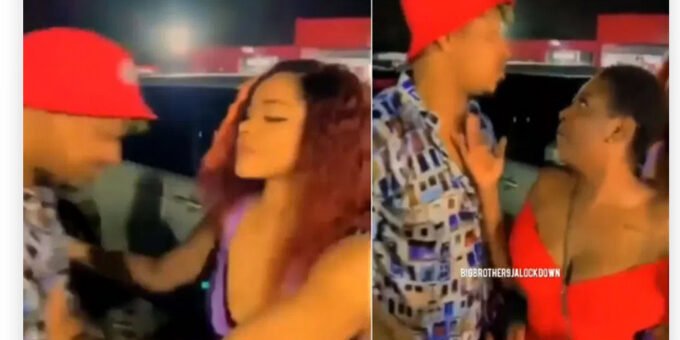 Former BBNaija housemate, Nengi and IK Ogbonna, has been spotted engaging in a fight in public while they stepped out with the crew after filming a scene.

If readers will recall, shared some scenes from the movie she is currently shooting with actor IK Ogbonna.

A few days ago, the two earned a role in Annie Idibia’s new television series and after encountering her on set, Annie said she was greatly overwhelmed by Nengi’s humility and dedication to the work. Before this project, Nengi flew to South Africa to join the cast and crew of rattlesnake to shoot the movie.

However, it is unknown what triggered the fight between them but it looks like it is something they have both been doing almost every time. Annie Idibia who didn’t want the fight to escalate quickly separated them stating that they always like fighting.