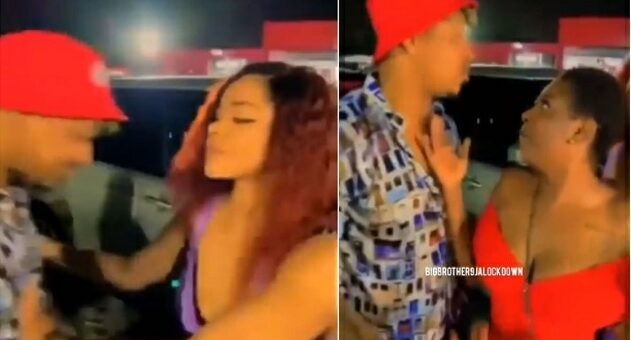 Blows could have exchange between Nollywood actor, IK Ogbonna and Big Brother Naija star, Nengi Hampson as they were spotted about to stage a fight in public.

IK Ogbonna and Nengi who were both featured in actress, Annie Idibia’s new movie may have had a misunderstanding after work and it appears a resolution to their problem was not achieved thus they way they to handle each other is wrestle.

Had it known been for the timely intervention between Annie Idibia, one of the personalities could have ended up in the hospital whilst the other behind police cells.

In a video shared online, Annie, the wife of music legend Tuface Idibia lamented over how the Nengi and IK Ogbonna are always fighting at the slightest misunderstanding.