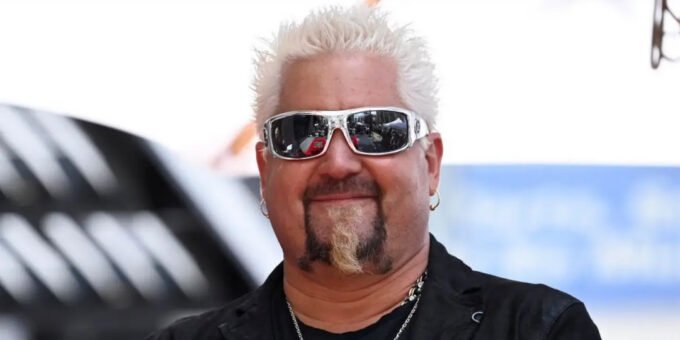 Last year, Guy Fieri went from being a walking meme to a national hero. While Guy will likely always be known for his bleached spikes and sunglasses (and also for coining “Flavor Town”), he’s now being praised for his philanthropic efforts during the coronavirus pandemic.

Back in May 2020, it was reported that Guy helped raise over $22 million for struggling restaurant owners and industry workers. Guy and several others joined forces to create The Restaurant Employee Relief Fund, which helped more than 43,000 impacted restaurants.

You can learn more about this in Guy’s new documentary, Restaurant Hustle 2020: All on the Line, which was recently released on Food Network.

While Guy’s generosity may have come as a surprise to some who only thought of the food show host as boisterous and campy, true fans weren’t shocked. Guy not only is a compassionate person, but he’s dealt with huge losses of his own — including the death of his sister, Morgan.

What happened to Morgan Fieri?

Guy Fieri’s sister, Morgan, was diagnosed with metastatic melanoma when she was a child. She initially survived it, but then at age 39, succumbed to the disease. This was in 2011, right around when Guy began his partnership with Carnival cruises and launched Guy’s Burger Joint.

Before Morgan died, they launched a foundation called The Guy Fieri Foundation for Inspiration and Imagination, which doesn’t seem to be active anymore. Morgan and her partner Annie Antepara had a son named Jules (who is now 20), whom Guy and his wife Lori have taken in since Morgan passed.

By witnessing the kindness his family received when his sister was battling cancer as a child, Guy was inspired to take a similar path after Morgan died.

“Nothing takes away the pain of being there, but it eclipsed it a little bit, when you get to divert your attention to something else. As a parent, you don’t want to think of your child being sick, and those moments when your kid is happy, when he or she’s smiling, mean so much,” Guy shared. Later on, through the Make-A-Wish Foundation, he’d invite the entire family affected by their loved ones with cancer to his show tapings.

“I know what the family is going through, to some degree. I know that heartache and I see that, and if there’s anything I can do to help enlighten or empower those kids, I want to do it,” he said. His reasoning for inviting the cancer patient’s whole family? He didn’t want the child to feel alone or singled out.

He also went to Florida and officiated the marriage of 101 same-sex couples (during the South Beach Wine & Food Festival), in honor of Morgan. The “101” is in reference to 101 Dalmatians, referring to then-Florida attorney general Pam Bondi as Cruella de Vil due to her anti-gay marriage views.

Guy doesn’t talk about Morgan often, but he does post a photo in her memory usually once a year on Feb. 19 (the day she died). “Life is short, appreciate every day, and tell your friends and family you love them. Really miss my sister. Namaste Morgan!” he wrote on Instagram in 2016, sharing a photo of what appears to be Morgan and Jules.

“Miss you my sister Morgan. You continue to inspire us all. We love you! Namaste,” Guy wrote in February 2020, sharing a photo of his sister and parents.

Clearly Morgan’s spirit lives on in Guy’s endeavors and efforts to bring us all together through food and entertainment.