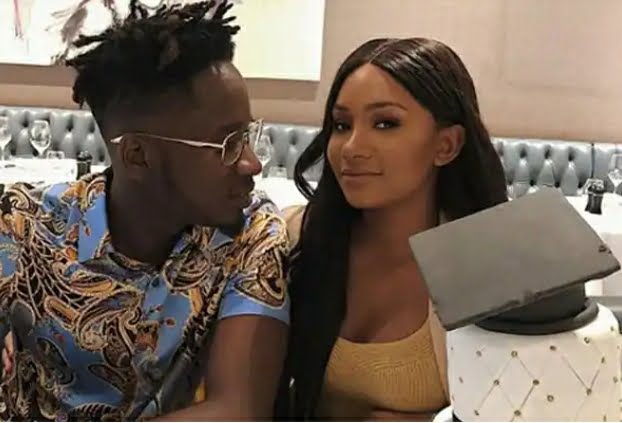 Temi Otedola, the billionaire’s daughter, turned to Twitter to educate women on the types of men they should pursue.

Temi Otedola said that a Yoruba guy is the secret to getting a boyfriend presently in a quick tweet on the twitter app. “Get you a Yoruba boy,” she wrote.

Just as a fan opined as some of the attributes of a Yoruba guy, it appears the rich daughter is now giving her secret to finding a loving and caring partner like Mr Eazi. Many nice responses were generated, with many people applauding her opinion that Yoruba men are currently the best to date.

Below are some of Wothappen’s reactions.

We are the best, Yoruba boys don’t cheat, wrote one Hitler supporter.

The testimonies are starting to pour in, writes Ibuild…. Thank you so much, Temi, sister…. The Lord, who began a good work in you, will surely complete it and make it permanent.

I’m Yoruba and proud of it, Phredo wrote. In our dealings, we place a premium on virtuous behavior.

Meanwhile, Mr Eazi, her boyfriend, who happened to come across her message, agreed to add “From Ogun State” to eliminate ambiguity.

In other news, Nigerian twins and singers Peter and Paul Okoye of the defunct P-Square have reconciled and are smoking the peace pipe once more.

After they started following each other on Instagram, the path to reunion became clear. Following Anita Okoye’s online sharing of the videotaped moment, reports surfaced that Peter went on a shopping spree with his twin brother’s children in the mall.

Five years after they split up, the identical brothers were seen hugging and shaking hands in an online video.