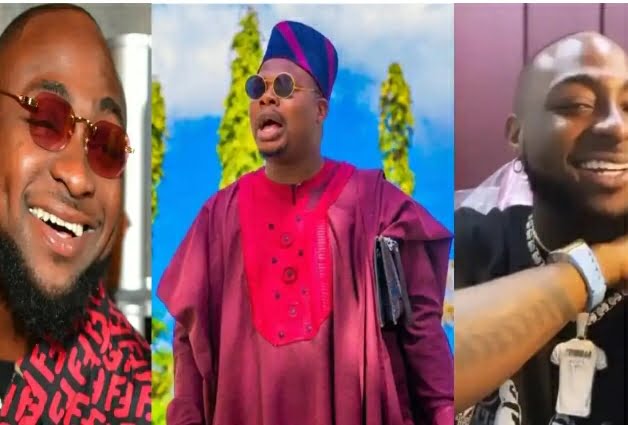 Mr. Macaroni, a simple man, has paid homage to one of Nigeria’s wealthiest individuals, Mr. Adedeji Adeleke, the father of famed artist Davido.

The prominent Instagram skit creator detailed how Davido’s father came to his rescue on a regular basis during his difficult days at university and beyond in an encouraging video published on social media.

If anyone thinks Davido is a cheerful giver, wait till they meet his father, he says, because he takes giving to a whole new level. Parts of his post are as follows:

Davido’s dad bought me my first laptop when i got admission into the university, and every time I needed money in school all i had to do was text him, if you think Davido is a great giver or is easily accessible then you have to meet his dad.

Meanwhile, Leo Babarinde DaSilva, a former Big Brother Naija contestant, has stated that Debo Adedayo aka Mr. Macaroni has given him ample cause to constantly back and throw his weight behind him in any situation.

His remark follows a barrage of criticism directed against Mr. Macaroni for refusing an invitation to visit Vice President Yemi Osinbajo with some of his colleagues on Wednesday.

Leo is of the opinion that Mr. Macaroni did a good job with his stiff posture, as evidenced by this short post he uploaded on social media. He composed:

I will stand with that guy anywhere,” he wrote

The reality star added; ”I don’t like when people try to silence Nigerians about their reality.

Especially because of some forced positivity that they have never experienced.

”If your mind is telling you no then you definitely should not be doing it.”