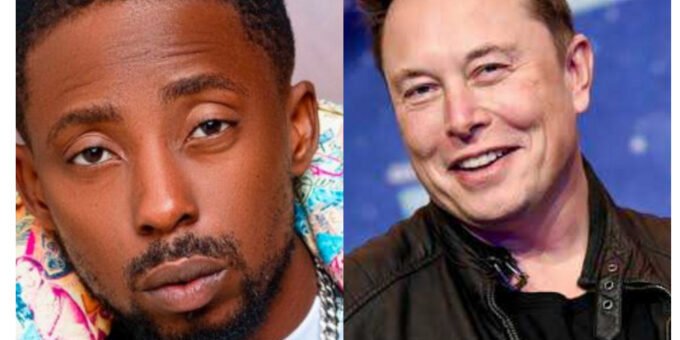 Erigga has gone on cloud nine as he has taken to social media to celebrate his achievement after the current world’s richest man, Elon Musk, responded to his tweet.

Elon Musk, who recently beats CEO of Amazon, Jeff Bezos, to become the wealthiest person on the planet with an estimated net worth of 189.7 billion dollars according to Forbes, reacted to the Nigerian hip-hop recording artist post on Twitter.

This comes after Erhiga Agarivbie, better known by his stage name as Erigga, took to his official Twitter handle and asked his followers about having dinner with a business magnate, industrial designer, and engineer, Elon Musk, or having two bitcoin in your wallet.

TRENDING NOW>>  BBNaija: Eric Reveals Why He Didn’t Wear Shirts During His Stay In The House

Though the current price of a bitcoin is 39,000 dollars, some of her fans were choosing Elon Musk, and the CEO of SpaceX took to the comment section and reacted with a “crying or sad” emoji.

The Nigerian hip hop recording artist after seeing Elon Musk replied to his tweet, could not contain his joy as he retweeted the billionaire replied and wrote;

“So My tweet make the richest man in the world burst cry @elonmusk… Who fit help me frame this tweet abeg ?”