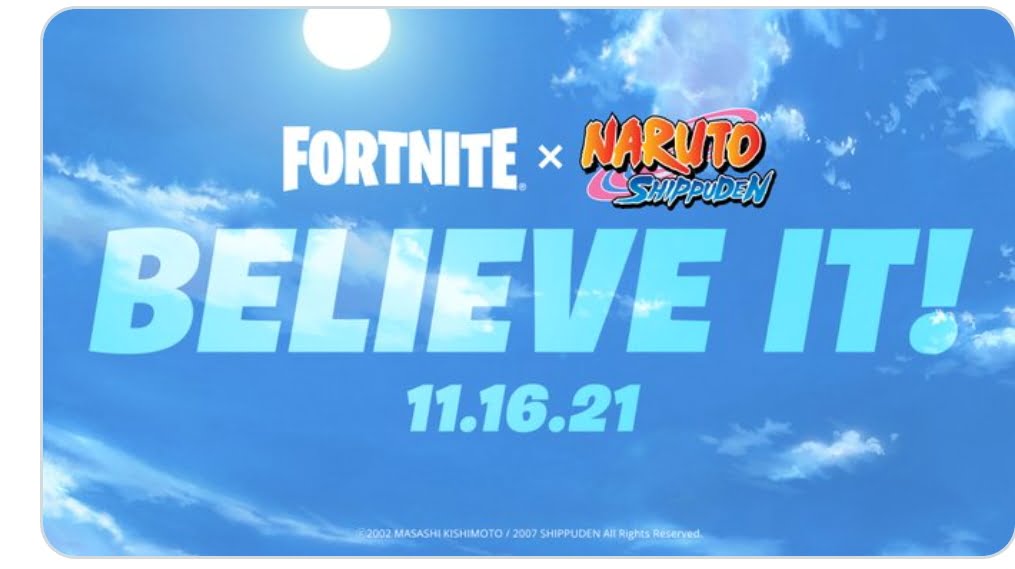 Naruto is officially coming to Fortnite, but what date will the new skins, creative hub, weapons and cosmetics release for all players?

Naruto is one of the biggest, most popular, and most iconic anime franchises in the world…

Fortnite is also one of the biggest, most-played, and infamous video games available…It’s a match made in Shippuden-heaven.

It has recently been confirmed that Naruto will be making his appearance in the hit Battle Royale title this month, with the new update bringing a whole host of skins, cosmetics and items that players can acquire.

So, what date and time will Naruto release in Fortnite, and what can players expect to be added?

WHAT DATE AND TIME WILL NARUTO RELEASE IN FORTNITE?

According to popular data miner HYPEX, the new update will go live at 2 PM UTC and at the following international times:

As with any new Fortnite update, a whole host of new skins, cosmetics and items are set to be added to the game.

Officially, very few details on the available skins have been shared, but once again data miner HYPEX is there to fill in the blanks.

Leaks indicate that Naruto will be his own boss in the game, which Dexerto reports is currently referred to as ‘HeadbandK’.

HYPEX also shared some stats on the new mythic explosive Kunai weapons, a type of throwing knife, which will have a recharge time of four seconds and a maximum range of 300 meters.

The Naruto skin will be available to purchase in Fortnite and whilst no other character cosmetics have been publicly confirmed, fans can expect the likes of Sasuke and Kakashi to appear too, as hinted at by HYPEX.

Additionally, a new creative hub will be added that will be themed around the series’ infamous Hidden Leaf Village, more information is expected to be shared next week.

MORE ANIME CROSSOVERS ON THE WAY?

One of the reasons why Fortnite has been able to maintain relevance over the past few years has been the collaborations with various other franchises including Marvel, the NFL, Stranger Things, Ghostbusters and music stars like Marshmello and Ariana Grande.

However, could there be more anime crossovers in the works after the Naruto update?

According to another popular leaker called TweaBR, “a trusted source has stated that Epic are working with a company named Shueisha to produce a few anime collabs.”

Shueshi own the rights to Naruto, supporting TweaBR’s claim, but what other franchises could we see? Shueisha currently possesses some of the rights to various anime titles, including:

This article will be updated as more information in shared on the upcoming collaboration.