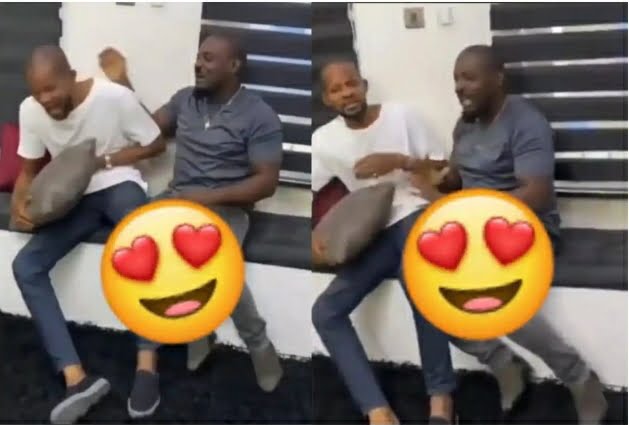 Behind-the-scenes footage from Jim Iyke and Uche Maduagwu‘s phony fight has surfaced on the internet, confirming that the viral video was staged, and some netizens have expressed their disappointment.

Jim Iyke has stated that the incident was staged in order to promote his film Bad Comment and to send the notion that everything on social media is phony because the handler only tells you what they want you to know.

After the faked fight, the video shows the two chatting happily, with Uche Maduagwu moaning about how hard Jim Iyke was on him, stating he had to make it look real to be able to film it.

Some netizens were so saddened and angry that they felt used by Jim Iyke because they believed the whole beating and scandal was real, and they backed him for beating Uche Maduagwu, who had been screaming on the internet.