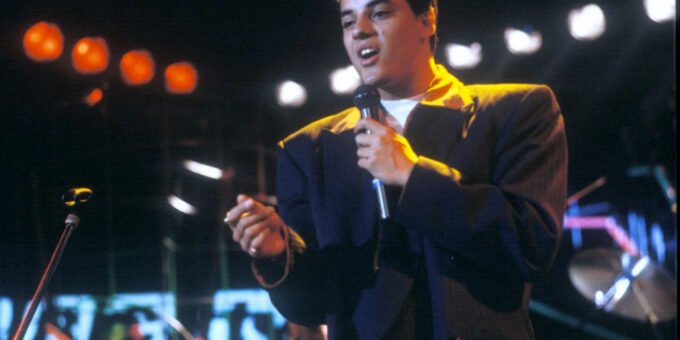 Nick Kamen has died at the age of 59, a family friend confirmed to the BBC on Wednesday 5th May. It is understood that he passed on Tuesday night after a long illness.

Nick, real name Ivor Neville Kamen, rose to fame in 1985 after starring in an advert for Levi’s where he stripped down to his underwear in a laundrette to the song “I heard it through the grapevine” by Marvin Gaye.

The model also had a successful singing career after appearing on the top five hit “Each Time You Break My Heart,” which was co-written by Madonna.

Nick Kamen has died at the age of 59, a family friend confirmed to the BBC on Wednesday 5th May 2021.

It is understood that Nick died on Tuesday night after a long illness.

Boy George led the tributes online, sharing a photograph of him with the model and singer on his Instagram, which he captioned: “RIP to the most beautiful and sweetest man Nick Kamen.”

“‘So so sad to hear of the passing of Nick Kamen. One of the loveliest and gentlest men I ever met. He was a beloved friend to my daughter and her Mom. We shall all miss him. RIP Nick’- JT”

Does Nick Kamen have a wife?

No, as far as we are aware, Nick Kamen does not have a wife. However, Nick did have several public relationships throughout his career, and they are as follows:

“Nick’s the best-looking man I’ve ever seen, to me. There is never a time when he doesn’t look good. Never! Ever-ever-ever.”

Nick and Tatjana dated in 1988. They met when she starred in Nick’s music video Tell Me. It is not known how long the pair were together.

They dated in 1986. Talisa and Nick began dating in 1986 after starring in his music video for his song Each Time You Break My Heart.