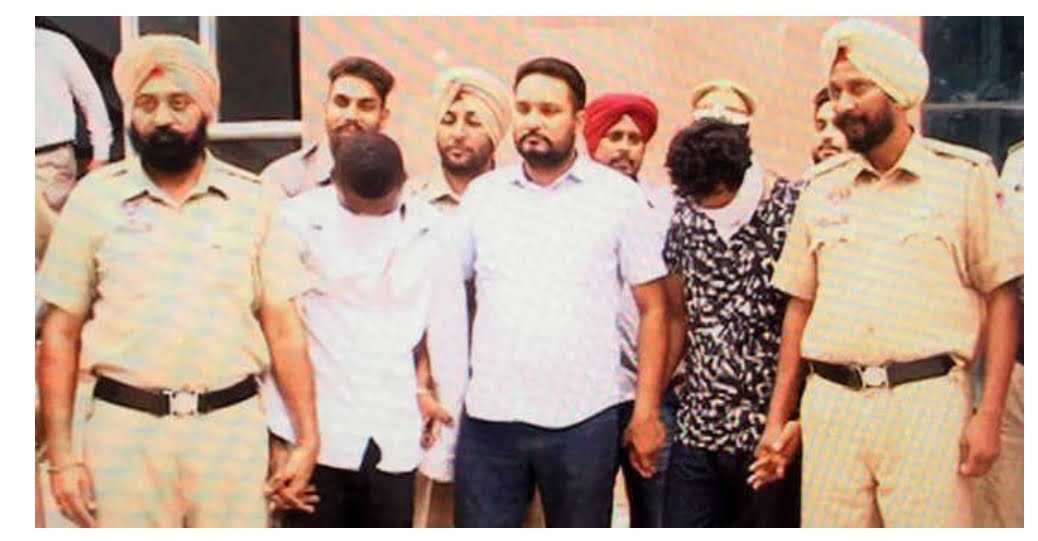 The court of additional district and sessions judge Harpeet Kaur Kaleka also imposed a fine of ?1 lakh on the convict.

Abu Henry, a Nigerian man, also known as Kevin was sentenced to 10-year rigorous imprisonment (RI) for heroin smuggling by a court in Mohali, Punjab on Friday, October 1.

The court of additional district and sessions judge Harpeet Kaur Kaleka also imposed a fine of ?1 lakh on the convict.

His local accomplice, Narinder Singh, alias Batth, a native of Patiala and currently living in Sector 76, Mohali, was awarded seven-year RI and a fine of ?70,000. If the fine is not paid, both will have to undergo another one-year imprisonment.

They have been convicted under Sections 21, 61, 85 of the Narcotic Drugs and Psychotropic Substances Act (NDPS) and Section 14 of the Foreigners Act.

They duo were arrested with 550gm heroin and ?4 lakh drug money by the special task force (STF) near Bougainvillea Park at Phase IV in Mohali while they travelling in a Toyota Fortune SUV.

Rajinder Singh Sohal, Superintendent of Police, said Abu Henry used to procure the drug from Delhi and supply it to Narinder.

“Narinder sold the drug to his customers at Mohali, Chandigarh and other cities in the region,” said the SP.

He said Narinder was a notorious smuggler and five other cases under the NDPS Act were registered against him at police stations in Mohali, Dhuri (Sangrur) and Patiala districts.

The official said that their customers were mainly youngsters belonging to rich families. Narinder was living lavishly and used to roam around in swanky cars. He is a Class XII (non-medical) passout.

Abu Henry, who did his BSc in Nigeria had landed in India in 2009 on a business visa.

“First, he dealt in readymade garments. He came into the drug business around three years ago. We are yet to procure his passport and other details about him,” said the Sohal.

Saudi Arabia executes an Indonesian maid for killing her boss while he was rapping her, causing outrage throughout the world.

Katie Price arrested on suspicion of drink-driving after car crash