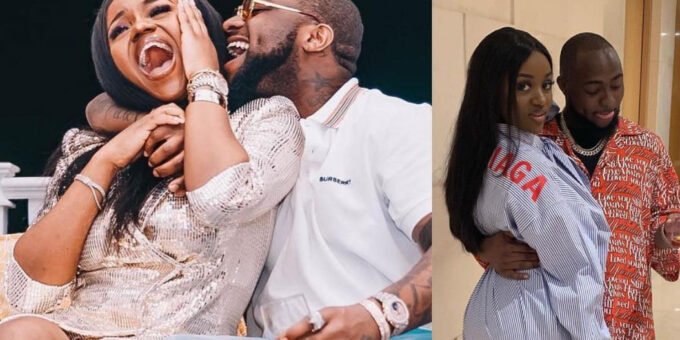 Nigerian artist and songwriter Davido has taken to his Instagram page to wish his baby mama Chioma a happy birthday as he shared her photo on his story.

Davido who bowed to pressure from social media after he refused to post Chioma’s photos to wish her a happy birthday, later posted her photos on his Instagram story and captioned it, “All God’s blessings on your birthday today! Make it a Great One! Mama IFY @thechefchi”. Chioma also reshared the post and replied with a “Thank you”.

Davido and Chioma have been separated for some months after it was alleged that Chioma tried preventing Davido from seeing his first daughter Imade when he traveled to the States. A few months ago, Chioma deleted the photos of Davido from her page after he was hit with a scandal between himself and American artist Mya Yafai.

However, it has been announced by investigative journalist Kemi Olunloyo in a post on Twitter that the two are trying to reconcile.

Read some reactions below….

@postsub: – There is fire on the mountain , As – Chioma Turns “Mama Ify” in – Davido’s Birthday wishes to her.

@Abatete: How it started Vs how it is going. Mama Ify Chioma Davido Rema Aunty Ada.