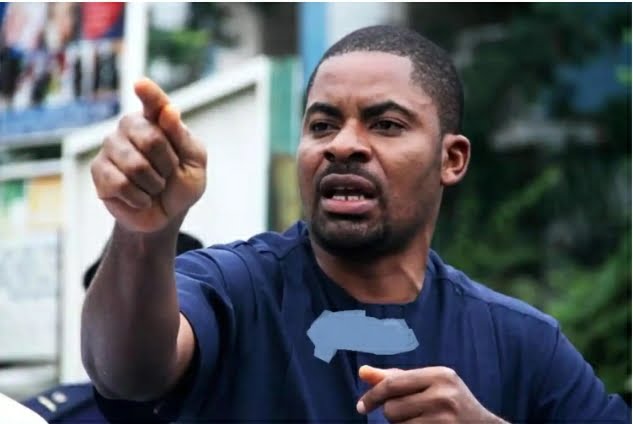 Human rights’ activist, Deji Adeyanju has described the Sit-at-home order by the Indigenous People of Biafra (IPOB), as the only means, the people of the southeast can resort to for the release of their leader, Nnamdi Kanu.

You could recall that the Media and Publicity Secretary of IPOB, Emma Powerful recently announced that they had cancelled the planned Monday Sit-At-Home order that had been happening for quite some time now.

Deji weighed in on the decision of IPOB and opined that the Sit-At-Home order is the only way IPOB can secure the freedom of their leader from detention.

He wrote: “If the Sit-At-Home in the SE is 100% effective and everywhere is on lockdown for 2-weeks, Nnamdi Kanu will be released soon. Once something is paining them so much, press their neck more,”

In a related development, The Indigenous People of Biafra (IPOB) has sneered at the Southeast region’s persistent adherence to the Monday sit-at-home directive, even after it was lifted.

IPOB asked residents to get on with their routine lawful duties on Mondays, warning that anyone caught enforcing the sit-at-home rule on that day would be prosecuted.

IPOB spokesman Emma Powerful in a statement warned people enforcing the order in the name of IPOB.

The statement read: “We wish to reiterate once again that IPOB has cancelled Monday sit-at-home order and anybody or group enforcing the relaxed order is neither from IPOB nor from IPOB volunteer group.

“We are advising our people to ignore anybody enforcing non-existent Monday sit-at-home order and go about their normal business because such person(s) are working for our enemies and their intension is to blackmail IPOB and set the movement against the people but they won’t succeed. Anyone caught adding to the pain of our people in the name of enforcing Monday sit-at-home order will be treated like the enemy that he or she is.