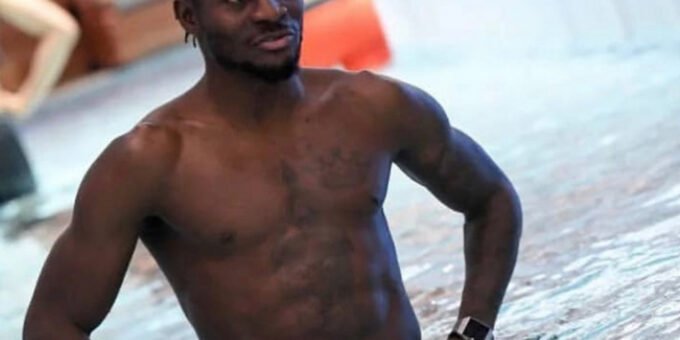 Obafemi Martins who is reportedly having a net worth of $35 million (about N13.4billion) is a famous philanthropist who also takes time to spend on personal luxury items.

The former Super Eagles striker who scored 18 goals in his 42 appearances for Nigeria has shown-off his exotic yacht on his social media handle.

The yacht has the ability to roll over rocks, climb 30-degree direct inclines, and manage 25-degree lateral slopes.

The model is a powerful boat equipped to navigate any type of seas and can reach up to 55mph.

In the latest photos, Martins’ Bentley Bentayga 2017 model can also be seen around a corner. The powerful ride is said to be worth around $230,000 (about N88million).

It remains one of the fastest, most expensive, most luxurious SUV on the market – featured with a redesigned 6.0-liter W-12 engine that develops 600 hp and 664 lb-ft of torque, the exotic ride can from 0-60 mph in just 3.5 seconds despite weighing more than 5600 pounds.

Obagoal’s Mercedez Benz G-Class is also visible in the latest photos and it is gathered that the price ranges for at least $92,000 (about N35million).

Aside the latest posts, Martins has remained an icon of the Super Eagles who have played for several clubs including Inter Milan, Newcastle United, Seattle Sounders FC and a host of others.

TRENDING: Between Obafemi Martins and Burna Boy who is richer? car garage settles the debate explain