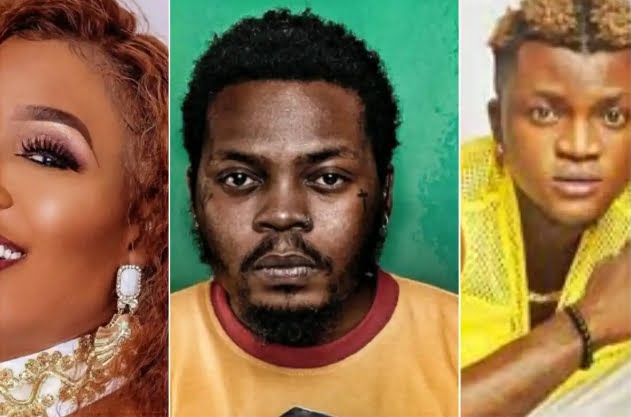 Controversial Kemi Olunloyo, a Nigerian blogger, has enlisted the help of rapper Olamide and dancer Poco Lee to teach young musician Portable how to maximize earnings from his music.

Kemi Olunloyo praised Portable in a recent Facebook post and advised his management to explore the various streaming platforms in order to make more money.

“Portable sung Fuji on an Afrobeats sound,” she says. He built something massive. Portable will produce a lot of money for Olamide. You’ll need to explain streaming profits to him. His revenue from streaming will be substantial. That’s a lot of money if we’re talking about 10 million streams in the last thirty days. Poco Lee, Olamide, should instruct him what to do.”

Olunloyo also advised Nigerian musicians to learn how to produce their own music.

“Musicians should learn how to produce music.” Nigerian musicians will tell you that they have no idea how to make their own music. My son composed and produced his own songs. I bought him some tools. In Tiwa Savage’s song, Brandy talked Yoruba, and in Fireboy’s song, Ed Sheeran spoke Yoruba. Take advantage of this opportunity to promote Fuji musician. I adore Fuji music, and I believe that young people should promote it.”