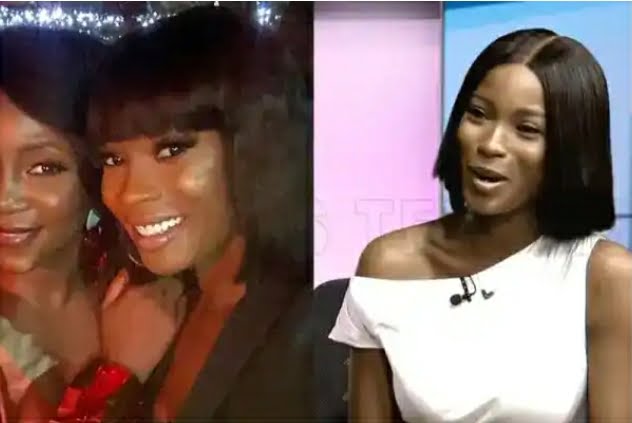 Here’s what Jemima had to say about it.

Jemima Osunde, speaking about Lionheart and working with Genevieve, said:

I initially mistook the call for ‘Lionheart’ for a prank call. I explained to the guy that I had exams at school and would be unable to complete the project.

That was the end of it. Then he phones back a day later and says, “Oh, the executive producer said we should get your schedule, we’ll work with your schedule.” “What the hell?” I exclaimed. I stated I wouldn’t do it, but am I being forced to?

Tell them I have exams in Lagos and you’re filming in Enugu; what should I do?” “Oh but Miss Genevieve–,” he said later. “Wait, what?” I exclaimed. Who? “Which Genevieve is it?”

“Genevieve Nnaji, that is the owner of–,” he said, and I thought to myself, “Ohhhh, you should have started with that!” I’ve always wished to collaborate with her. She’s someone I’ve always wanted to meet. And I believe the entire experience was beneficial to me.

I had a preconceived notion when I went there. Genevieve was making jokes while I thought she was being stern. I recall the day I was meant to board a plane to Lagos for an exam the following day.

My clinical exam, which if I had failed would have resulted in an immediate year extension. My flight was canceled. So I was on set in Enugu at 7 p.m. when I had a clinical exam in Lagos at 8 a.m. the next day. I was sweating, I was under duress, and I had no idea what I was going to do.

Lionheart is about a transportation company, as everybody who has seen it knows. “Ah, should we reserve one of the drivers for Lionheart?” (Genevieve) wondered. I was just thinking to myself, “Honey, this isn’t a joke.” I was under a lot of stress.

But she’d figured it out. She had already devised a plan for my escape. As a result, she found it amusing to watch me react under duress, not knowing what she had planned. I had a fantastic time working with her.