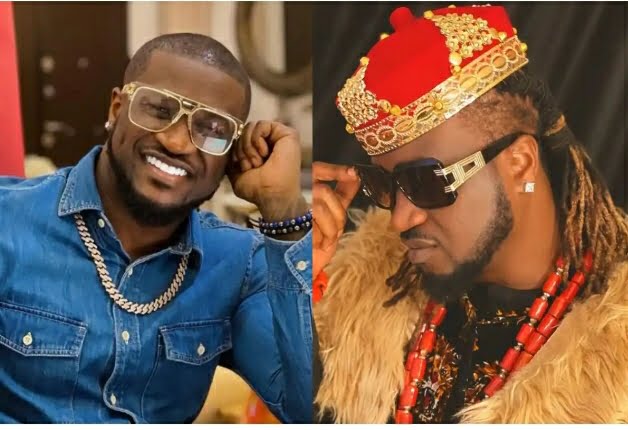 Good news trickling in suggests that Nigeria’s music duo, Paul Okoye And Peter Okoye are currently on the path of reconciliation after they parted ways some years ago.

You could recall that the two brothers have been at each other’s throats since they disbanded their music group and decided to go solo with their careers.

A few hours ago, Paul’s wife, Anita Okoye took to her Instagram page to share a video that showed Peter enjoying quality time with his twin brother’s children in the United States as they went shopping.

Fans were amused. by the sudden move since it came as a shock to them. Several reactions have trailed the gesture of the brothers.

It seems the brothers have patched up their differences with the latest development being that they have followed each other on the photo-sharing app, Instagram.

Janemena, the controversial twerk queen, has yet again shared a piece of advice to ladies out there who have been using love charms to win the hearts of their men.

In a twerking video she shared on her Instagram page, she revealed that men who are won over by kayanmata are not able to sustain the relationship to a better end since they always go about cheating and later dumping the ladies.

In the video she shared, she rocked a traditional cloth around her body as she swept and danced.

Janemena advised ladies to use their conventional and natural ways to make men attractive to them without resorting to love charms.