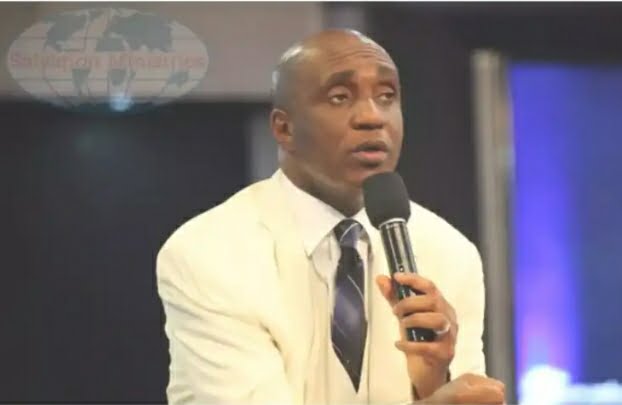 Pastor David Ibiyeomie, the General Overseer of Salvation Ministries, has stated that everyone whose phone rings in the church has a poverty mentality.

Rich people do not use their phones in church, the Port Harcourt-based cleric remarked during a church service on Sunday, because they do not want to be disturbed when in God’s presence.

A person’s expectation of a call or notification in church, he claims, is a poverty mindset.

“Anyone whose phone rings in church is a poor man with poor thinking.” Because they don’t want to be disturbed, wealthy individuals don’t use their phones at church.
Poor people, on the other hand, turn it on because they want to remain attentive; it is a symbol of poverty. A wealthy man will never turn on his phone in church, he will claim.

“I’d like to hear something that will assist me in bettering my life.” “Make I see weda anyone go send me money,” the destitute will say. It’s a poverty mindset. You’re in a church where the impoverished come to learn how to make money.
Off your phone, but if it calls, you’ve agreed to live in poverty. It’s not yet money in your pocket, thus your thinking is bad. “Someone say, ‘I hear you.'”