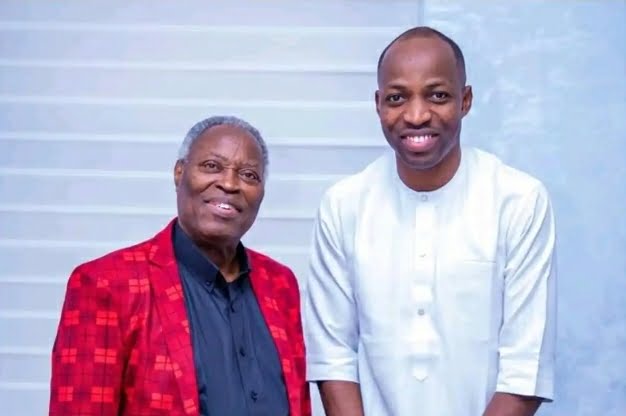 Dunsin Oyekan, a popular gospel singer, has been accepted as a spiritual son of Pastor Kumuyi, the General Superintendent of the Deeper Life Bible Church.

At the IMPACT 2022 convention, Dunsin Oyekan ministered. It was a magnificent moment in the presence of the Lord as the pastor ministered with his team. Pastor Kumuyi even grinned as the moderator introduced him to the youths, who were overjoyed to see him. Being in the presence of the Lord was a great experience.
The moderator mentioned that Pastor Kumuyi had adopted Dunsin Oyekan as a kingdom son while introducing him.

The young people were overjoyed, and the gospel minister began his preaching by praising Jesus. In a recent Facebook post, Pastor Kumuyi, on the other hand, confirmed the story. Following a conversation with Dunsin Oyekan, he declared that he had adopted him as a Kingdom Son.

“I adopted Minister Dunsin Oyekan as a kingdom son after my conversation with him yesterday.”