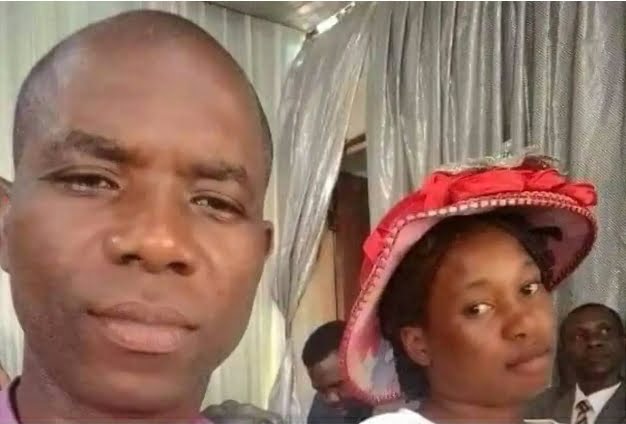 Pastor Chris Simon Amadi of Shalom Mercy Ministry in Aluu, Ikwerre Local Government Area of Rivers State has been arrested by the police for reportedly strangling his wife to death.

Per the information gathered by Ghgossip.com, the bizarre incident happened in their home at Mbodo Community after they had an argument over school fees payment in his wife’s school.

The pastor had been married to his wife since 2012 and the marriage is blessed with four children, two boys and two girls.

According to a relative of the deceased who asked to remain anonymous, the conflict began when the deceased questioned her husband for removing some of her students from school for refusing to pay on time without first consulting her.

MORE:  ‘In Reality, There Is No Such Thing As Luck’ – Reno Omokri

The source said: “When the wife confronted him, the pastor strangled her to death and wrapped her with clothes so that nobody will know”.

“It was when we started calling her number but she wasn’t picking that we decided to go to the house to know if everything is fine.”

“When we got there, her phone kept ringing inside her room but we didn’t see her. We asked her husband the wife’s whereabouts, he said she went out.”

“We were shocked when we saw my sister wrapped inside clothes. The husband has been beating the wife from time to time but we didn’t it will get to the extent of him killing her”.