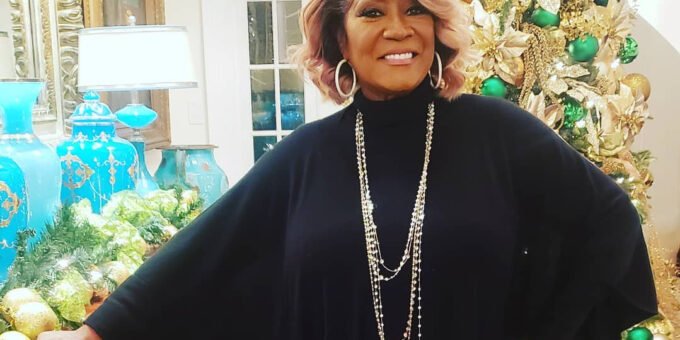 Many fans of Patti LaBelle wonder whether she has a boyfriend in 2021 – let’s find more about the singer’s personal life, net worth and ex-husband.

At the age of 76, Patti LaBelle continues to warm fans’ hearts with her incredible music and talent.

And despite her busy schedule, Patti previously revealed that she is still open to the idea to find love after her divorce from former husband Armstead Edwards.

So, does Patti LaBelle have a boyfriend in 2021?

Does Patti Labelle have a boyfriend?

It is unknown if Patti has a boyfriend. The singer hasn’t confirmed that she is in a relationship in 2021.

In a 2019 interview withThe New York Post, Patti revealed that she is still open to the idea of finding love again but firmly said that she doesn’t “want a boyfriend”.

TRENDING NOW>>  Peter McMahon bio: net worth, children, age, wife, what does he do for a living?

“I still have time to find a husband,” she said. “I don’t want a boyfriend. I want a husband.”

According to The Daily Mail, the ‘Feels Like Another One’ singer was romantically linked to 46-year-old drummer Eric Seats in 2016 but there is no information if they are still together.

Patti was married for more than 30 years to her former manager, Armstead Edwards.

Armstead had been Patti’s manager before falling in love with her. Despite that they were close, Patti didn’t immediately say yes when Armstead popped the question three times. Guess, ‘ third time is the charm’ didn’t work out in his case.

Eventually, Patti decided to ask Armstead to marry her. In a previous interview with HuffPost, she explained:

According to Celebrity Net Worth, the singer’s estimated fortune as of 2021 is $60 million.

On top of her successful music career, Patti has acted on Broadway and made appearances in several movies and TV series. She also presented her own show called The Patti LaBelle Show in 1985 and competed on Dancing with the Stars in 2015.

Patti LaBelle has 5 grown up Children from her ex husbands

Below are her names: