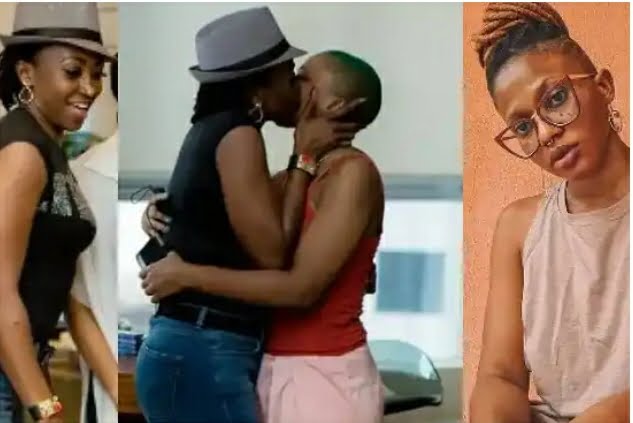 Kate Henshaw is seen in the photo clutching Uyaiedu’s neck and kissing her passionately.

This comes after Uyaiedu accused Amara, a queer activist and previous lesbian partner, of assaulting her and being in a violent relationship in which she smacked her.

Take a look at the snapshot below, which has caused quite a stir on the internet.

She expressed herself as follows:

“I wanted to be silent, but in the spirit of the new year, I decided to speak up,

I’m going to talk about how Amara abused me while we were dating.

This hottie and I met in 2018. The first time she and everyone else dubbed me a lesbian was the night I met her.

Fast forward to 2019, when I first came out to myself, Amara was one of the first people I wanted to inform, so I contacted her, and that’s how we reconnected.

The connection was wonderful until I began to observe Amara’s tendency to scream at the least provocation. Yinka used to always wait for Amara before eating when we first started dating.

Amara would get uncomfortable and start screaming at us during s*x. She would accuse Yinka of saving all her energy for me.

I remember when she slapped me. I called my best friend that night. My bestfriend told me to leave”.