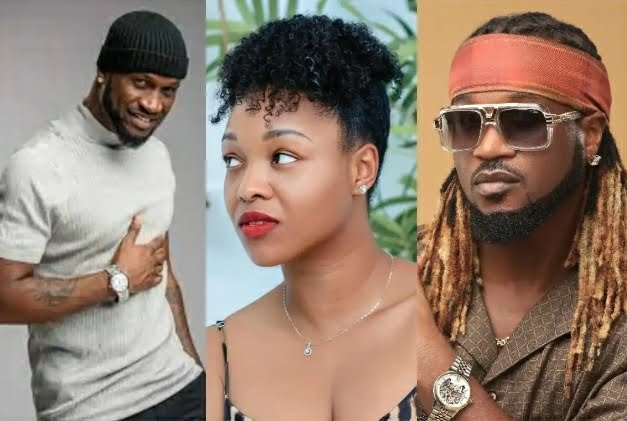 Peter Okoye has celebrated the wife of his twin brother Paul Okoye, Anita Okoye despite their family feud and we hope it leads to the reconciliation of the two brothers.

Peter Okoye and his brother Paul Okoye are at loggerheads with each other but Peter has shown that it doesn’t extend to his family as he celebrates the wife of his twin brother Anita Okoye on her birthday wishing her all the best.

Peter Okoye posted a photo of his twin brother’s wife Anita on his InstaStory as he celebrates her and she, in turn, posted it on her InstaStory thanking him for joining her friends to make her day a memorable one for her.

This singular post of Peter Okoye insinuates that he’s ever ready to settle things with his brother Paul and Jude and we pray they also have a change of heart for them to come together as brothers once again to put a smile on the faces of others.

Anita Okoye has been celebrating the kids of Peter Okoye despite the feud between the two brothers and this might be Peter Okoye’s way of returning her kind gesture and love towards his family and we hope it turns to be something positive.

But some people believe that Peter Okoye is now celebrating the wife of his twin brother Paul Okoye because they’ve been allegedly separated and he just wants to do something to pepper him and not that he wants to reconcile. What do you think is his motive?

MORE:  ‘Him don buy new laptop for the Babalawo wey help am’ – Twitter Users react to reports of Man U. signing Odion Ighalo.