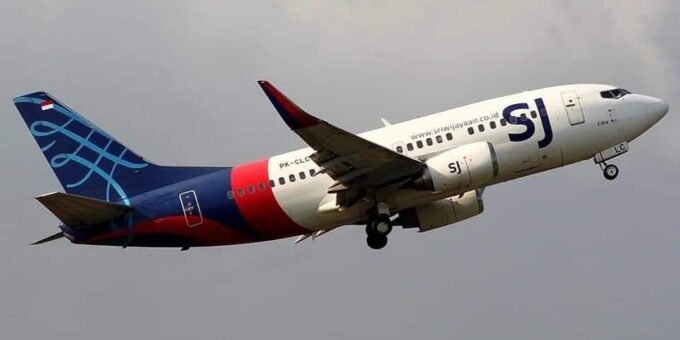 There is palpable anxiety in Indonesia as a passenger plane with 62 people on board went missing shortly after taking off from the country’s capital city, Jakarta.breaking news plane crash today

Meanwhile, it is suspected that the plane might have crashed into the sea as some residents of the island near where it disappeared said they had found objects they believed were from it.

Wothappen.com gathers that eyewitnesses said they had seen and heard at least one explosion.

Fisherman Solihin, an eyewitness said he had witnessed a crash and his captain decided to return to land.

“The plane fell like lightning into the sea and exploded in the water.

“It was pretty close to us, the shards of a kind of plywood almost hit my ship.”

The Indonesian Navy was reportedly deployed to look for the aircraft.

Navy official Abdul Rasyid said the force had determined the plane’s coordinates and ships had been deployed to the location.

Search and rescue efforts were suspended overnight but were due to resume on Sunday, January 10.

In its own reaction, Sriwijaya Air said it was still gathering information about the flight.

Relatives of the passengers have been waiting anxiously at the airport in Pontianak, as well as at Jakarta’s Soekarno-Hatta International Airport.

Yaman Zai, one of the relatives of the passengers spoke with tears:

“I have four family members on the flight – my wife and my three children.

“[My wife] sent me a picture of the baby today… How could my heart not be torn into pieces?”

In October 2018, an Indonesian Lion Air plane crashed into the sea shortly after take-off from Jakarta, killing 189 people.

Investigation revealed that a day before the plane crashed, an off-duty pilot prevented the same plane from crashing after the crew lost control of the Boeing 737 Max 8 aircraft.

Pius Adesanmi, a popular Nigerian professor and columnist based in Canada, was reportedly on the Ethiopian Airlines plane that crashed in the early hours of Sunday, March 10.

Pius Adesanmi, popular Nigerian professor and columnist based in Canada, was one of those who died in the crash.

“No more old plane…hope airline company not just thinking about profit only but safety first…so saddd..”

“God bless them all, we only few back from Bali to Jakarta last night. The thoughts of all the souls lost is heartbreaking”

“What a sad story, May Allah(SWT) rescue them in good condition.”

“Why are Boeing 737 planes still allied to fly? How many lives need to be lost before we realise how dangerous these planes are. Thoughts with the family”

“Worth noting it’s not a MAX so an unrelated issue to previous two crashes.”

“I’m just going to put this out there, but I would never take any flight out of Indonesia. I’ll take a boat to any other country and then fly from there.

“Nope, not going to Indonesia, ever.”