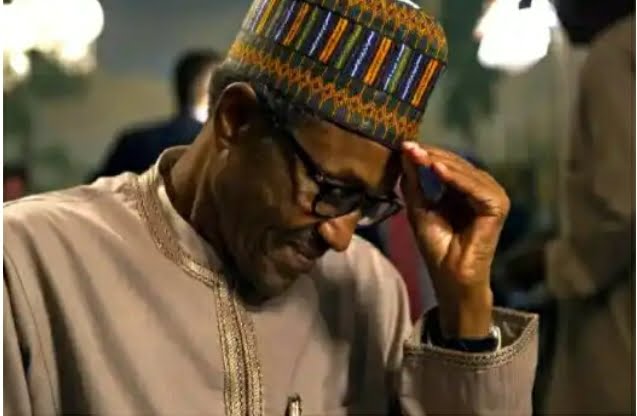 President Muhammadu Buhari has expressed his sorrow over the deaths of Brigadier General Dzarma Zirkusu and three troops in a fight with ISWAP militants in Borno state on November 13.

President Buhari expressed his sympathies to the Chief of Staff as well as the families of the fallen military members in a statement posted on his Facebook page.

”I am extremely saddened to hear of the demise of Brigadier General Dzarma Zirkusu and three soldiers who paid the supreme sacrifice, in a very rare display of gallantry, as they tried to help their compatriots in the war against terrorists.

Nigeria has lost brave soldiers. I salute their courage. May their souls Rest In Peace. General Zirkusu leaves us sad and devastated. The soldier in him will remain immortal.

I have asked the Chief of Army Staff to accept my heartfelt condolences and that of the nation, and to convey same to the members of the families of those martyred.

I pray to the Almighty to give the Armed Forces and the bereaved families the strength and courage to bear this irreparable loss.”

Recall that wothappen reported earlier that Brigadier General Dzarma Zirkusu was killed along with three other troops today in Askira Uba Local Government Area of Borno State following a fight with militants of the Islamic State West Africa Province (ISWAP).

According to a statement issued by the Nigerian Army’s spokesperson, Brig General Onyeama Nwachukwu, the Joint Task Force, North East Operation HADIN KAI, neutralized multiple ISWAP members during the conflict, which was still underway at the time the announcement was issued.

”Sadly, a gallant senior officer Brigadier General Dzarma Zirkusu and three soldiers paid the supreme sacrifice in a very rare diplay of gallantry as they provided reinforcement in a counter offensive against the terrorists, and successfully defended the location. The family of the senior officer and soldiers have been contacted” the statement read

Nwachukwu stated that the Chief of Army Staff, Lt Gen Faruk Yahaya, expresses his deepest condolences to the families and relatives of the dead heroes, adding that the army should continue their fierce counteroffensive and hot quest to remove the remaining terrorists.