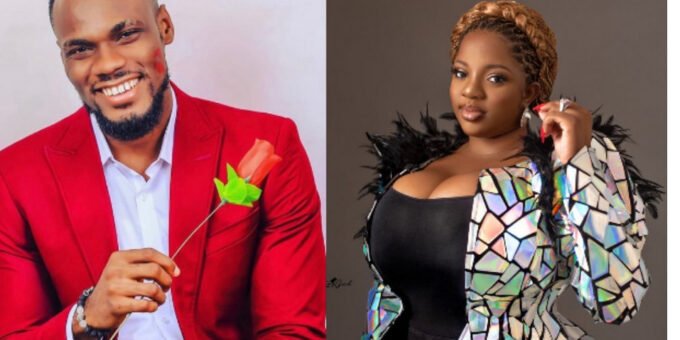 Ex-housemates of the BBNaija reality show, Prince and Dorathy were spotted remembering the day he was up for eviction during their stay in the BBNaija house.

A fan shared a photo of Dorathy hugging Prince from behind saying she cried upon seeing Dorathy hug Prince who was up for possible eviction that night.

Upon seeing the photo, both Prince and Dorathy shared how they felt that night knowing they were not going to see each other till the show was over.

Reacting to the photo, Prince mentioned the hug Dorathy gave him that night broke his heart into a million pieces and would have shared tears if he looked back to see her face. Dorathy also responding to the fan said the show ended that very day when Prince was evicted.

TRENDING NOW>>  BBNaija: Dorathy Reveals One Secret About Herself & her full chest

It is unclear the kind of relationship between Prince and Dorathy. While some say they may be secretly dating, others feel they are just best friends as they always say.