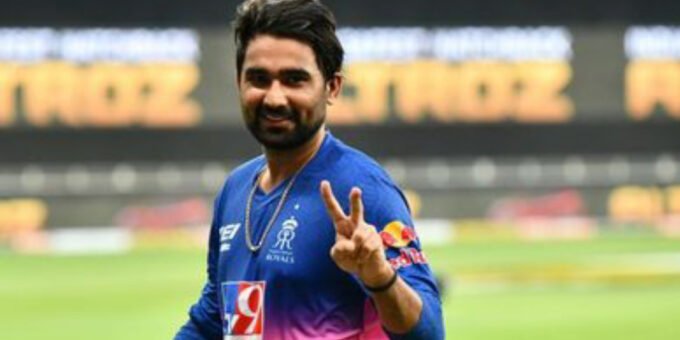 Rahul Tewatia was born on 20-05-1993 in Sihi, Faridabad in the state of Haryana, India. He is an Indian Cricket Player.

Rahul is a traditional leg spinner and a dangerous lower-order batsman. He made his first-class debut in the year 2013 by representing Haryana. Like various other cricketers after some good showing at the domestic level, he too earned an IPL contract with Rajasthan Royals in the year 2013.

The following year he was roped in by Kings XI Punjab for 25 lakhs. After warming the bench for a major part of the season, he finally got a game and with some brilliant all-round performance, he won himself Man of the Match award on his IPL debut.

After some great domestic performance, he was one of the most sought after uncapped Indian player at the 2018 IPL player auction. His base price was 10lakhs but was sold at 30 times of his base price to Delhi Daredevils. In a season where Delhi’s poor run at the IPL continued, he was the only one who stood up in difficult situations both with bat and the ball.

Is Rahul Tewatia Family, Relatives and Other Relations

He was born to Krishan Pal Tewatia (K. P. Tewatia) & Prem Tewatia. His father is a criminal lawyer and his mother is a homemaker. He has a sister named Ruma Tewatia and a younger brother named Dharmveer Tewatia. On 03-02-2021 (Wednesday), he got engaged to Ridhi Pannu in a private ceremony in the presence of family members and close friends.

As per celebrityhow.com, the flamboyant cricketer’s net worth is estimated to be around ’66 crore. The Rahul Tewatia net worth comprises of the compensation he receives from the Haryana Cricket Association for his appearances in domestic cricket, Moreover, he also earns a handsome paycheck from the Rajasthan Royals team for representing the franchise in the Indian Premier League.

There is no official confirmation on the marriage date of the cricketer although Rahul Tewatia got engaged to Riddhi Pannu recently.