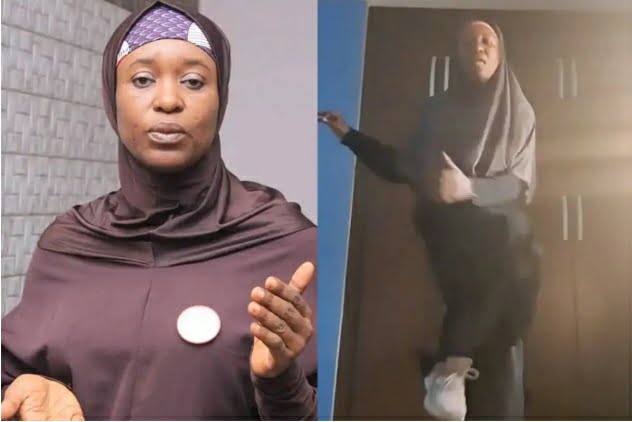 Would you believe it if I told you that Aisha Yesufu could perform some impressive dance moves?

Well, based on what we’ve discovered, it appears she has additional hidden characteristics beneath the headscarf, just as a fan speculated in the many social media replies.

In a video making the rounds on the internet, the co-founder of the #BringBackOurGirls movement was seen showing off some hot dancing moves that no one could ever dream she could accomplish. She danced furiously in her Hijab, as if she were a young adult.

It’ll be interesting to see how she demonstrated these steps. Watch the video below to learn more.

Could there be more to Hijab dancing? These are just a few of the many questions that stunned social media users have been asking. Netizens, on the other hand, have reacted positively to the video. Below are some reactions culled by Ghgossip;

Instagram is only for fun today, no negative news, I know our politicians aren’t happy, stated dumebiblog.

MORE:  The Reason My Memory Is Still Sharp At 83 -Alaafin Of Oyo

She should take those items off and reveal us her true self, wrote official kelechiawurum.

I’m sure that thing she’s doing is Haram! wrote stanleynanka. Where are the Hisboa cops? She should be locked up.