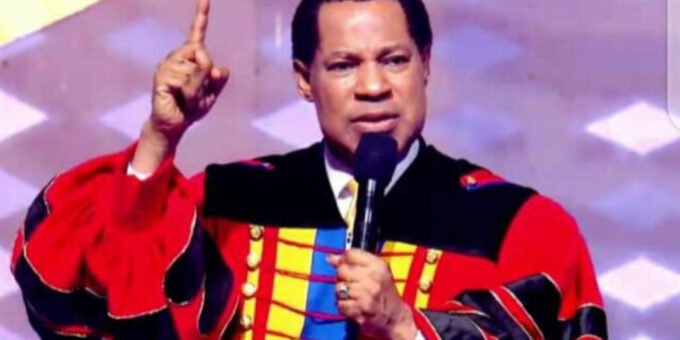 Who would have thought that come Sunday Morning, the date of the Rapture would have been revealed, certainly not me. As i write this article I just have to wonder maybe Pastor Chris is right after his recent reveal that the Rapture will either occur in 3, 6 or 10 years time.

Among the latest controversy Pastor Chris Oyakhilome has been involved in, the calculation of the date of Rapture is by far the most interesting and most worrisome.

Since the start of 2020 the Pastor has been very outspoken on certain societal issues especially the corona virus pandemic and 5G network claims which according to him were a conspiracy and they were related.

A lot of Nigerians have voiced their reactions after the End time reveal with as normal with Nigerians, that of Skepticism. A Tweet caught my eye as one Twitter user advised Pastor Chris to see a therapist and I can not help but agree with him.

Since his divorce (not that it is connected to his recent behaviour), Pastor Chris has been very much in the public eye telling his congregation and anyone who would care to listen, his extremely far fetched opinion on certain societal issues.He first of all called the Corona virus pandemic a scam and claimed in a series of broadcasts in April that the outbreak of the disease was a sinister plot by shadowy figures to install 5G technology, which he said was the real cause of infection around the world.

And now his recent far fetched opinion is the date of rapture which he doesn’t even give a definite date but rather according to him it will either happen in 3 years or in 6 years or in 10 years. With this recent development, i think it is time we should be worried about his mental health.

For a Pastor of his calibre and as one who studies the bible vigorously, I am disappointed in Pastor Chris’ Rapture date assertions and any one who believes him needs to be checked.2 Peter 3:10 – But the day of the Lord will come like a thief, and then the heavens will pass away with a roar, and the heavenly bodies will be burned up and dissolved, and the earth and the works that are done on it will be exposed.

Revelation 16:15 – Behold, I am coming like a thief! Blessed is the one who stays awake, keeping his garments on, that he may not go about naked and be seen exposed!

Matthew 24:36 – But concerning that day and hour no one knows, not even the angels of heaven, nor the Son, but the Father only.

1 Thessalonians 5:2 – For you yourselves are fully aware that the day of the Lord will come like a thief in the night.

For a date even that even Jesus Christ or Angels do not know, Pastor Chris according to him has calculated with an Almighty formula and has predicted it to be in at most, 10 years time.