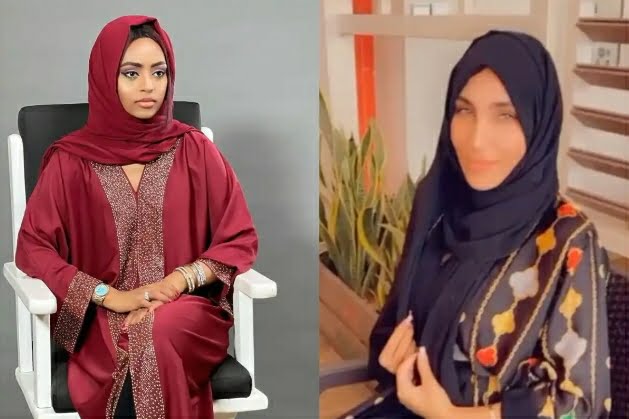 Young actress Regina Daniels has also unfollowed her co-wife Laila Charani a few days after she unfollowed her and we wonder if there’s a storm in paradise or they just decided to unfollow each other.

Laila Charani a few days ago unfollowed Regina Daniels and continued to unfollow her husband Ned Nwoko and then disabled her comment section on Instagram so that no one could ask her anything about it and her location also showed she’s back in her country Morocco.

Regina Daniels has also returned her favor by unfollowing her as well and that makes us wonder if there’s a storm in paradise because these two showed that they could be more than friends despite the fact that they are rivals marrying the same man.

We have no idea why they have unfollowed each other but we imagine it could be because of marital issues and either jealousy has set in between them as it seems Regina Daniels has taken the attention of their husband Ned Nwoko and he’s all over her as if she’s the only wife he has.

Money we don’t think can cause a problem between Regina Daniels and her co-wife Laila Charani since Ned Nwoko is rich and takes care of all their financial needs including that of their children and the fact that the latter unfollowed their husband as well makes the whole issue serious and almost everyone is eager to know the main reason to that.