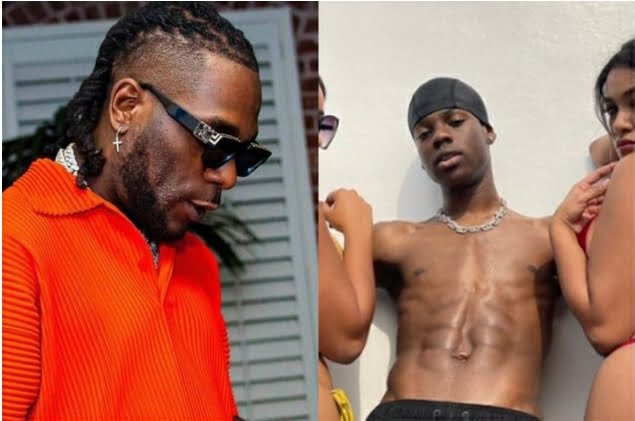 Grammy award winner, Damini Ogulu popularly known as Burna Boy has lavished praises on Rema as a leader of his generation who would take the music business to the next level.

Burna Boy was the headline artist at a gig in Peninsula, London, United Kingdom, after performing at the BRIT Awards 2020 at The O2 alongside Stormzy.

Burna brought Rema on stage to perform and he could not hide his admiration for the young talented musician.

Burna Boy showered encomium on Rema as the next artist to take his place and he would go very far in his career as a singer.

He said: “This is my first time seeing Rema one on one in real life. That guy is me bro, he’s going to go so far.”

Osinbajo spoke Iperu, Ogun State where he paid a condolence visit to Governor Dapo Abiodun to pay his last respect to the memory of the late doctor.

Osinbajo explained Pa Emmanuel Adesanya Abiodun lived a fulfilled life and this is why his memory is cause for celebration.

He said: “there are three reasons at least, why we should be rejoicing and not mourning. The first is that Papa lived a long life, almost 90, a year to his 90th birthday, that is a good number.”

“The second is that before he died, I don’t think that there was any prayer of his that was not answered. I think one of his important prayers was for his son, who had aspired to be governor of Ogun State, and he is in fact the governor. Papa saw the inauguration of his son as governor. He was there for his first year, second year, and he did so with great joy.