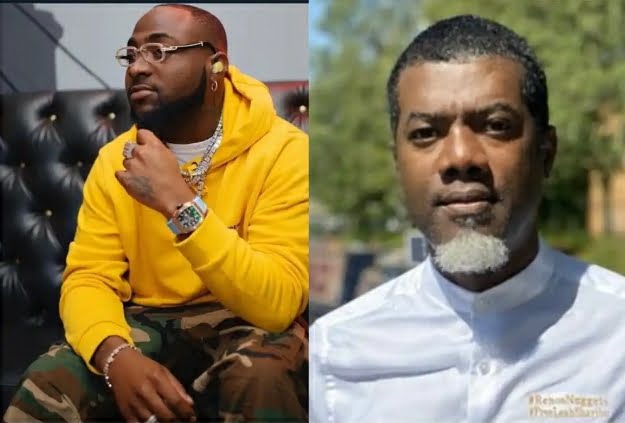 Reno Omokri, a former presidential aide, has chastised celebrities and fans who have given money to Davido.

on his special day
You may recall that Davido raised a massive sum of money by asking his friends to deposit cash into his account.

Most people expected David to spend the money on himself, but he stunned everyone by deciding to donate it to charity.

Davido’s decision to contribute all of the money he received from his pals, according to Reno, demonstrates that he fully understands the spiritual idea of giving and receiving.

Davido is far wiser than all those who offered him money on his birthday, said Reno. He is aware of the spiritual realm and God’s methods. By virtue of James 1:27, he has gained a soft spot in the Creator’s heart. I applaud him. What a golden heart you have. What a man to keep an eye on in the future. Could he follow Ronald Reagan’s footsteps in life? Those who gave to him are a completely different matter. Proverbs 22:16 should be read by them.

Reno previously stated that it is not wise to spend money on individuals who are wealthier than you, but rather to feed the needy in order to be blessed.

“There’s nothing wrong with donating money to people,” he wrote. But don’t go into debt to show your loved ones how much you care. Going into debt to attempt to fit into a clique that already knows who belongs and who doesn’t is far worse. Use your money to get affluent rather than to attract attention!

God notices when you feed the impoverished. God interacts with you when you feed people who are wealthier than you. Your knowledge is beneficial. To you, sir. Your folly is profitable as well. Others, on the other hand. You are not one of them. How can you offer something to someone that you haven’t given to your mother?

Nice people are not rewarded by God. He honors those who are wise.”