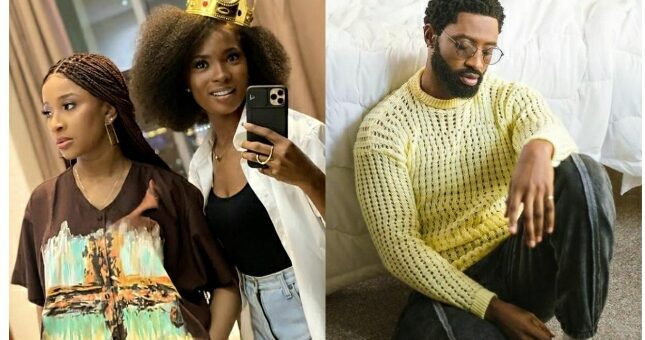 Singer Ric Hassani has accepted the proposal of Jemima Osunde after being shipped by Adesua Etomi moments after Jemima shoots her shots at him.

Ric Hassani accepted the proposal of Jemima Osunde after rejecting another lady who shoots her shots at him saying she will take him just the way he is but then he rejected her saying she’s toasting Jemima Osunde.

Jemima Osunde was the one who shoots her shots at Ric Hassani first on Twitter and Adesua Etomi became their ‘middle woman’ by shipping them and tagging Jemima whenever Ric Hassani makes a tweet about her.

TRENDING NOW>>  BBNaija Besties, Prince And Dorathy Unfollow Each Other On Instagram

Ric Hassani eventually gave up by accepting Jemima Osunde and thanking her for accepting him with his flaws and Adesua Etomi was there to ship them once again coining their names by calling them JERI which is the first two letters of their names.

This has confused most of us as we all thought Ric Hassani was going out with singer Waje but then seeing him playing along with Adesua Etomi and Jemima Osunde makes us wonder if indeed he’s in a relationship with Waje.