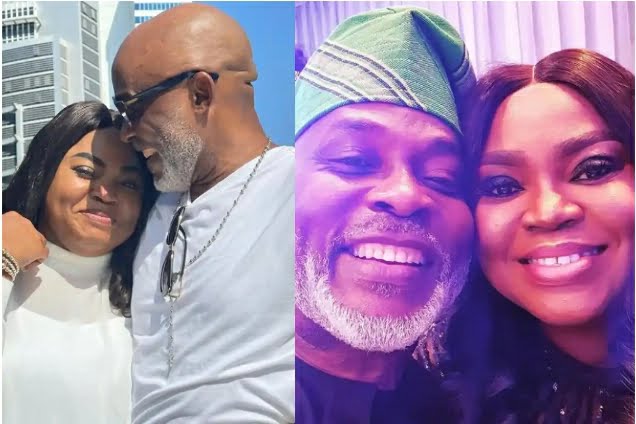 RMD, a veteran actor, has responded to those who have questioned why his wife had to give up her goals and stardom after their marriage to establish a home with him.

RMD, who was celebrating his 21st wedding anniversary with his wife, revealed that she gave up her media stardom to establish a home with him, assuring him that having one famous person in the family is enough because he values her greatly.

Some netizens who didn’t appear to get the RMD job resorted to the comments section to question him why his wife had to give up her job.

Some netizens who appear to be confused about the role of RMD turned to the comment section to ask him why his wife had to give up her goals in order to establish a home with him, while others questioned why she gave up her celebrity for him.

When asked if his wife gave up her ambitions for him, RMD clarified that his wife just gave up her celebrity, not her dreams, because she is highly successful in the corporate sector and operates a thriving business that she is passionate about.

He also revealed that she is the owner of Blends & Blingz, a successful business, and in response to the question of why she gave up her celebrity to settle down with him, RMD stated that his wife had already made up her mind before they married, and that he had no effect on her decision.

RMD did his best to address all of his followers’ questions about his marriage, demonstrating that two renowned individuals can make their marriage or relationship work depending on them, contrary to popular belief that celebrity marriages do not last.