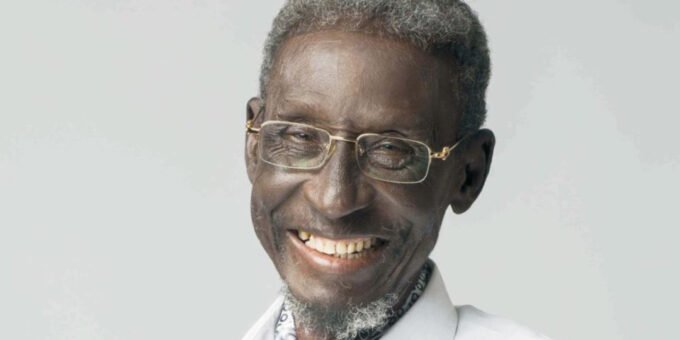 Daba had suffered from leukaemia and prostate cancer over a protracted period. According to his close friend, Joe Odumakin, the actor had been ill for a while before his demise.

“We have lost Sadiq. It is so painful because I spoke to him a few days ago when his wife became a permanent secretary. I called his number some hours ago but his son picked it. I told him to give the phone to his father but he told me that his father is gone. I had to ask; gone to where?

“His wife just called me now and we spoke. She said that she was at the morgue. I asked what happened and she told me that about a week ago, he had been ill but he had been home and that he went to the hospital late afternoon today.

“She explained that he had not been eating much and that as soon as they got to the hospital, they started conducting different tests on him including COVID-19. They put him on oxygen but he died around 8:30 pm.”

Daba became a household name in Nigeria via his role as Bitrus in the NTA drama series ‘Cock Crow at Dawn’.

TRENDING NOW>>  Abba Kyari bio: Things you need to know about the late chief of staff to Buhari

He was last seen on the screens in Kunle Afolayan’s Citation released in 2020.

Daba was diagnosed with leukaemia and prostate cancer in 2017. Many Nigerians including billionaire Femi Otedola donated money for his treatment abroad and gave out-pouring support on social media.

TVC says Sadiq Daba, veteran broadcaster and legendary actor has died this evening after a long and sad battle with leukemia and prostrate cancer.

For many of us, our childhood watching NTA is totally incomplete without him.

May he rest in peace.

He was such a fine gentleman.

@Belshagy: When I saw Sadiq Daba trending, I know he was dead. He has been struggling with his health. He is a great actor and a legend in the industry. May his soul be forgiven!

@bayonuels: Sadiq Daba, you fought and won. It’s time to rest. Thank you for the memories.

Sadiq Daba death: Biography and all you need to know about him

Sadiq Abubakar Daba, known simply as Sadiq Daba was a Nigerian actor and former broadcaster, he died on the 3rd of March 2021. In 2015, he won Africa Movie Academy Award for Best Actor for his role as “Inspector Waziri” in October 1.

Originally from Kano, he grew up in Sierra Leone where he attended St. Edwards Secondary School.

He enjoyed listening to the radio and mimicked the leading broadcasters then. His father bought him a tape recorder which he used in honing his skills.

From Kaduna to Jos and more, he served at Nigeria Television Authority for 35 years. He read the news, reported, acted, produced and directed.

Some of his popular series and movies are Cock Crow at Dawn, Behind the Clouds, Ripples, Village Headmaster, Moment of Truth, October 1.