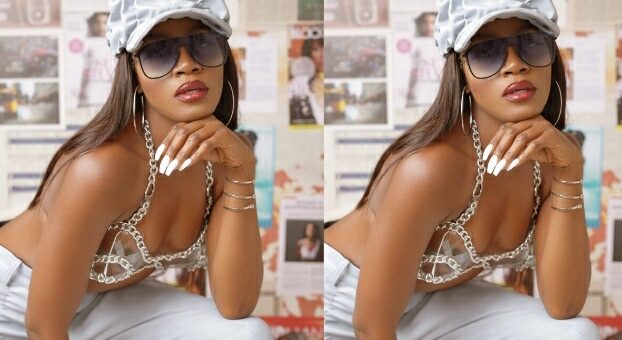 Singer Seyi Shay has highlighted one of the many disadvantages of being pretty as people always only talk about the advantages pretty girls have.

According to Seyi Shay, people talk so much about ‘pretty privilege’ but always forget to talk about some of the mess you deal with when you are pretty and that is why she is drawing our attention to one of the disadvantages.

Seyi Shay in her post asked guys to ask their pretty sisters or female friends about the kind of mess they go through just because they are pretty and that is one of the disadvantages of being pretty that most people ignore.

Using herself as an example, Seyi Shay asked whether she should start mentioning the names of guys who at one point said they slept with her when she has never met them in real life just because they want to associate with her.

She then added that guys want to be with hot girls so badly at the expense of anything and that is one of the many disadvantages that pretty women like herself (Seyi Shay) and most women go through for just being pretty.