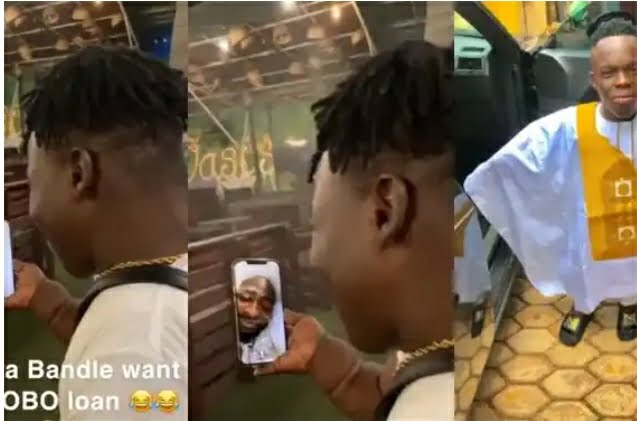 In light of Davido’s crowdfunding campaign, which coincides with his upcoming birthday, Shatta Bandle has offered to not only give Davido money as his widow’s mite, but also a large loan.

The Ghanaian famous midget was observed in an environment that resembled a pub and decided to take time out of his enjoyment to speak with the Nigerian superstar who was brimming with effervescence.

Shatta Bandle, as per usual, threw his braggadocious ego into the equation by offering the singer a loan. “Why, OBO?” As Davido alternated the moment with grins and pleasant emotions, he asked, “You want [to] accept loan?”

Meanwhile, unsubstantiated reports from the camp of the 30 Billion Gang’s boss claim that his Personal Logistics Manager Israel DMW was apprehended in Dubai for being inebriated.

Cutie Julls, an anonymous blogger, came up with the notion, adding that Israel DMW got into an altercation after getting drunk, which placed him in police prison.

It was also revealed that Davido promptly enlisted the help of his legal team, and that his Assistant was released after signing a good-behavior bond.

The following is an excerpt from the article: