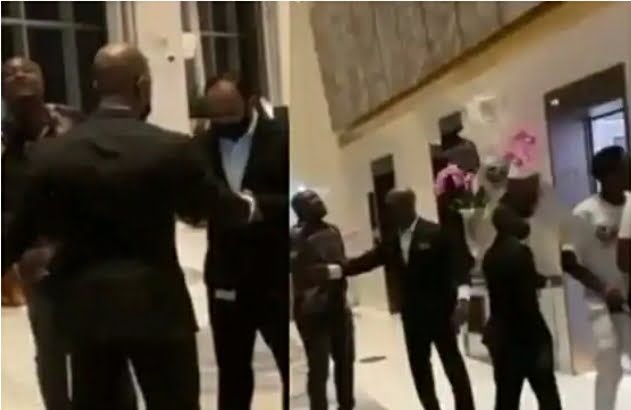 A new video has surfaced depicting the mayhem Isreal DMW wreaked before being apprehended by authorities in Dubai, United Arab Emirates.

Remember that wothappen.com revealed on Friday that the Personal Logistics Manager of Nigerian artist Davido was detained after he became excessively inebriated and caused a commotion.

The story was first reported on Instagram by Nigerian blogger Cutie Julls, who went on to say that Davido promptly enlisted the help of his legal team before releasing his assistant, who was then forced to sign a good-behavior bond.

The following is an example of a post to this effect:

Cutie Julls has now released video footage that backs up his earlier claims. His most recent update, as well as the video that goes with it, can be found below.

Eyaa… And that’s how Israel ended up in the hands of Dubai cops. Edo State winches have never had it better. Omo! So he was completely unaware that the Arab security guard was phoning the cops? 😂😂😂 Edo Winches uses pro max wings to fly to Israel for a meeting in Dubai. Aswear