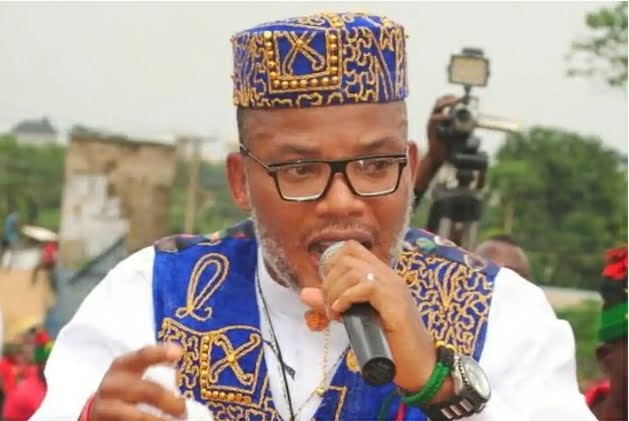 Prof George Obiozor, the President-General of Ohanaeze Ndigbo Worldwide, has called on President Muhammadu Buhari to show compassion to Nnamdi Kanu, the leader of the Indigenous People of Biafra, IPOB.

According to Obiozor, Buhari should treat Kanu as if he were his son and show mercy to him.

According to Ohanaeze’s President-General, Buhari has the authority to suspend Kanu’s trial if he so wishes.

“The president stated the subject is in court, and you can’t fault it,” Obiozor added.

“Thus, he is technically correct in his assumption that the case has already begun.

“Also, the idea of treating him as a son and citizen with mercy, to be considerate and compassionate.” We’re not talking about the legal system here.

“If he goes the legal road, he’s going the right way logically, but that’s not what we’re talking about.”

“We’re pleading for forgiveness and pardon in some kind.”

Buhari has previously declared that he will not intervene in Kanu’s pending case.

Kanu is currently charged with treason in the Federal High Court of Abuja, which is presided over by Justice Binta Nyako. In 2021, he was apprehended in Kenya. Nnamdi Kanu is currently detained by the Department of state service, DSS.