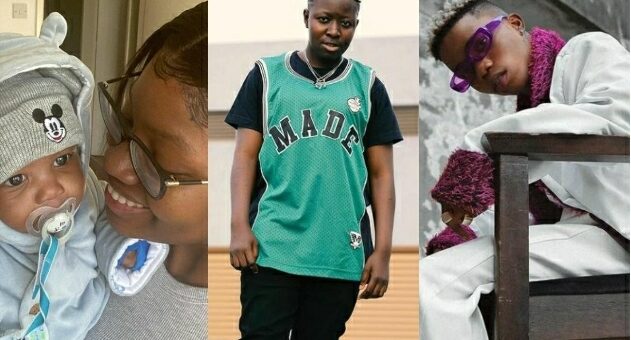 Singer Lyta has been accused of supporting his manager Shigh in threatening his baby mama and his child as well as being a deadbeat dad.

The baby mama of Lyta in a post called him out for not doing anything when his life was threatened by his manager since she got pregnant until she gave birth and the manager is still making their life a living hell with threats.

According to her, singer Lyta has been a deadbeat dad who doesn’t even care about his child and has allowed his manager to threaten the life of his child without taking any action to protect the child even now that he’s born.

From what she wrote it appears Lyta’s manager doesn’t like their relationship and is doing everything possible to separate them and Lyta is not doing anything about it now that a child is involved he’s still quiet.

The lady also made it clear that she’s ready to go with him to court since he (Lyta) is going around telling people that he’s taking the child to court to take custody over a child he’s not taking care of and has allowed his manager to threaten.

Someone who seems to know shat is going on between Lyta, his manager and baby mama confirmed that Lyta’s manager has been trying everything to separate them and that is why she threatens his baby mama and child.