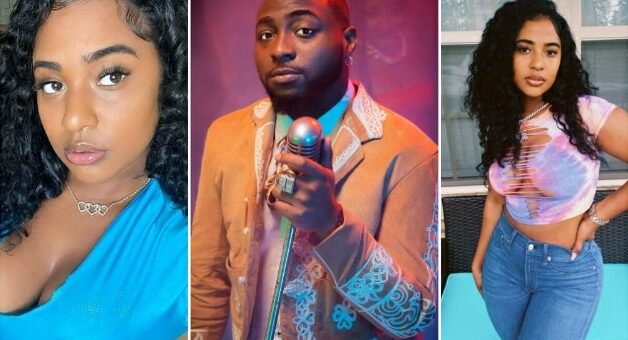 Alleged lover of Nigeria’s artist and songwriter Davido, Mya Yafai has taken a stand over her sexual status after having a good time with Davido a few months ago.

It would be recalled that during the tour of Davido in in St. Maarten, America with his team , he got involved with two women. He first got involved with Amercian singer Mya Yafai. The two were first seen in town holding hands together in a pulic place which attracted several reactions from social media users.

A few days after Davido was spotted holding the hands of Mya Yafai, he was also hit with a more serious scandal. This is when some photos of Davido and Mya leaked on the internet. Davido was seen locking lips with his alleged new lover. These photos made many fans of Chioma hurl insults at Davido while others also sympathized with her.

TRENDING NOW>>  See The Top 3 Poorest State In Nigeria, Check If Your State Is On The List

During the brouhaha, Davido blocked his alleged lover Mya Yafai. Mya who could not stand the heat on social media deactivated her page on Instagram. However, the lesbian partner of Mya Yafai, Young M.A, American rapper reacted to the alleged affair of her former lesbian partner.

Reacting to the new relationship between Davido and Mya Yafai, Young M. A said, “I don’t care about what anyone decides to do with their life, romantically or otherwise. It’s her decision after all, but I would advise she gets the bag”.

In a new development, the alleged lover of Davido, Mya Yafai has disclosed in a new post on her Instagram page that she has shunned lesbianism and is now going in for men. In her words, “straight for life”.